Linda Ronstadt Doesn’t Listen To Modern Country Music: ‘I Don’t Care For It’ 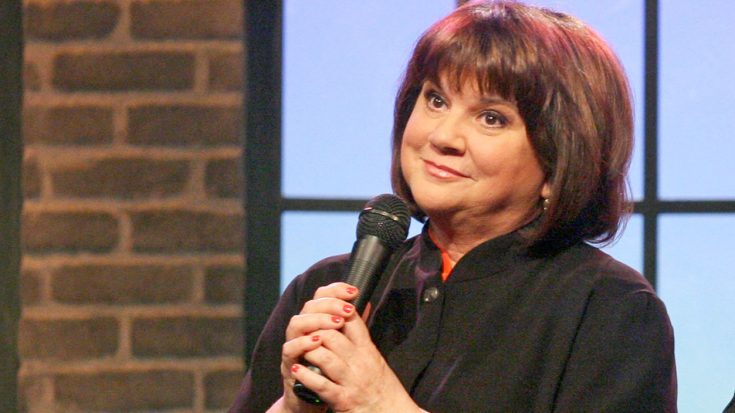 Linda Ronstadt has been influencing music for decades. Being an artist involved in a wide range of genres – she set the bar high for generations to come. With 11 Grammy Awards under her belt, she’s made a large mark on the music industry. Now, after just released her first-ever live album, Ronstadt is getting real about her feeling toward music – including modern country.

Although Ronstadt had a whirlwind of successful records, she had yet to give fans a live album. On Feb. 1, she released Live In Hollywood giving fans the live-experience they’ve been waiting for. The special album features 12 performances – picked by Ronstadt herself – from a 1980 concert that was originally filmed for HBO. Live In Hollywood includes a mix of the singer’s chart-topping hits including her version of the Eagles’ “Desperado.”

Pre-order a SIGNED copy of a limited edition red vinyl of LIVE IN HOLLYWOOD. Limited to 100 copies. Order now before they're gone! https://rh-ino.co/lihd2c

While the release of her new album has fans ecstatic to reminisce, the singer admits she feels the times have changed for country music. During an interview with Rolling Stone, Ronstadt was asked how she felt about the current singers in her genres and how she feels they have reacted to her influence. The music icon replied,

“I have no idea. I would hope that it’s a sense of urgency and a sense of an earnest attempt. But that’s all that I can think of.”

“I don’t listen to modern country music. I don’t care for it particularly. I like old country music, when it still came out of the country. What they call country music now is what I call Midwest mall-crawler music. You go into big-box stores and come out with huge pushcarts of things. It’s not an agrarian form anymore. When it comes out of the country, it’s not farmers or woodsmen, or whatever. It doesn’t make much sense. It’s just suburban music.”

Ronstadt isn’t the first to feel weary toward the ever-changing genre. Country artists over the years have voiced their opinions over country music radio, country-pop, and hearing a whole different sound labeled as “country.”

You can watch Linda Ronstadt’s recent interview on Sunday Morning below.