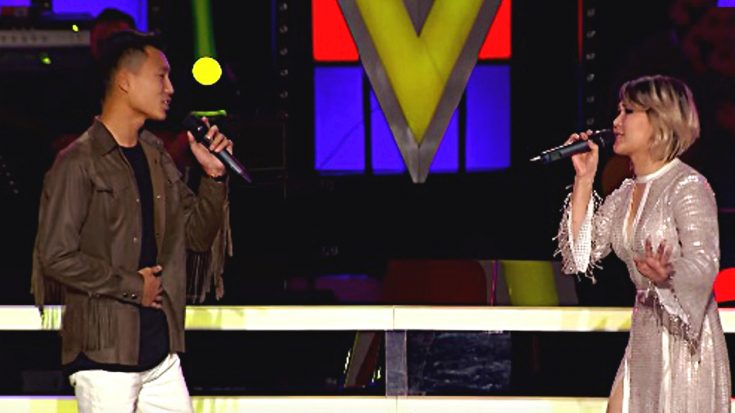 The Voice Travels To Mongolia

As Dolly Parton has said before, the one song of hers that gets covered time and time again is “Jolene.” We know this is true based solely on the number of times we’ve watched people cover it on the many iterations of The Voice.

You see, The Voice is so much more than a popular American competition series. It’s a worldwide phenomenon, with versions in more countries than we could even begin to count.

One country that runs its own rendition of The Voice is Mongolia. 2018 was the show’s first season there, and we already watched some remarkable talents emerge in the earliest episodes.

The Voice of Mongolia uploaded footage from its battle rounds, and one particular clip is sure to catch your attention. That’s because the battle features two singers competing over “Jolene.”

It’s amazing to think that Parton’s song is so iconic, that it’s known and loved by people who live in a different country. You can feel the singers’ passion for the song as they sing, and can even read it on their faces.

While their stage presence was certainly impressive, their vocal performances were even more so. After all, it is called The Voice for a reason!

Speaking Of The Voice, Wait Until You Hear The Guy…

You’ll be taken aback the first time you hear the young man open his mouth, because his voice sounds nothing like you’d probably expect. It’s rich and deep, and by deep, we mean insanely deep.

As you watch the battle performance below, you’ll be left staring at your screen as you ask “how does he do that?” He makes it seem so effortless!

Go ahead and check out the “Jolene” battle from The Voice of Mongolia in the clip below. Just goes to show that there are talented country singers all over the globe!