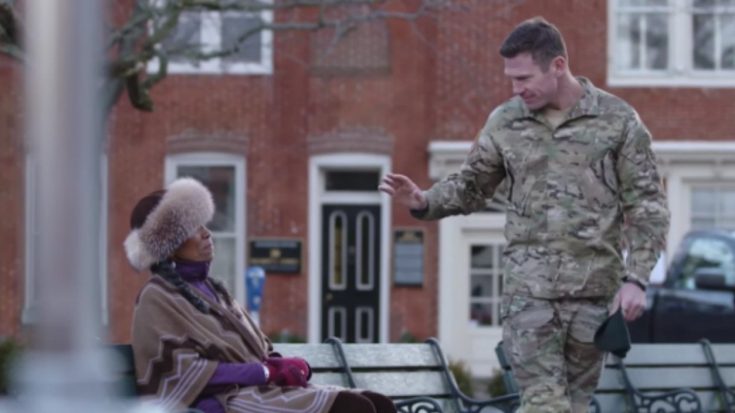 “Our forefathers got it right 240 years ago. Equality, freedom, they belong to us all. And in case we falter in our ways, they wrote it down for us to always remember and cherish. We, as Americans, have a duty to uphold and protect those rights. That is what unifies us. And the symbol of our unity has 50 stars and 13 stripes,” Biles said.

“In 1974, the great American artist Johnny Cash wrote of a ragged old flag. Ragged, old from the conflict, the suffering that came from our fight for freedom. Pride in our flag, freedom’s symbol, should now inspire us to keep striving to become a more perfect union,” Belafonte stated.

In a behind-the-scenes look at the tribute, Fox Sports Coordinating Producer Jennifer Pranksy explained, “Fox Sports likes to take advantage of the gigantic audience that it gets for the Super Bowl. Not just spend that talking about sports, but use that platform to actually promote the things that matter to us. And, for us, that’s really our country and America.”

Watch the beautiful tribute to American patriotism in the video below.