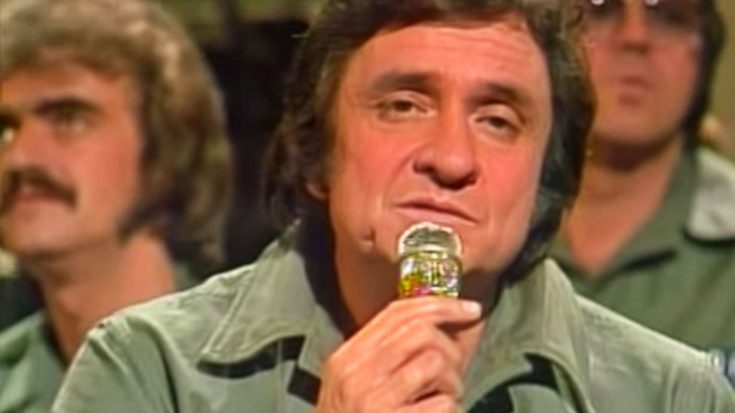 Even years after his death, Johnny Cash continues to move his audience with stellar past performances. Luckily for us, there will always be a catalog of his performance online where we can enjoy them anytime we like.

The Man In Black hosted his own variety show from 1969-1971 titled The Johnny Cash Show. It was there that Cash would sing with a variety of performers and groups at the famed Ryman Auditorium. One of those groups was The Statler Brothers, who sang back up for Cash.

Posted by The Statler Brothers – Country Legends on Thursday, July 26, 2018

After becoming a regular act on the show, the group took part in a holiday song that continues to shatter those who listen. Accompanied by the legend himself, the men wore what resembled military uniforms while somberly singing “Blue Christmas.”

Merry Christmas from the Man In Black!

Cash took the lead on vocals and the band angelically harmonized with the singer and lifted the ballad to new heights.

A classic photo of the brothers, Johnny Cash and June Carter, taken c.1966

Posted by The Statler Brothers – Country Legends on Saturday, March 5, 2016

Cash gave an incredibly emotional performance, carrying the lyrics with his iconic, deep tone. Aside from the military attire, the men took to a scene that replicated a tent, complete with the classic military green cots and various pieces of luggage. Perhaps alluding to the difficult holidays that military members endure due to relocations and lack of family presence.

You can view their heartbreaking performance below.