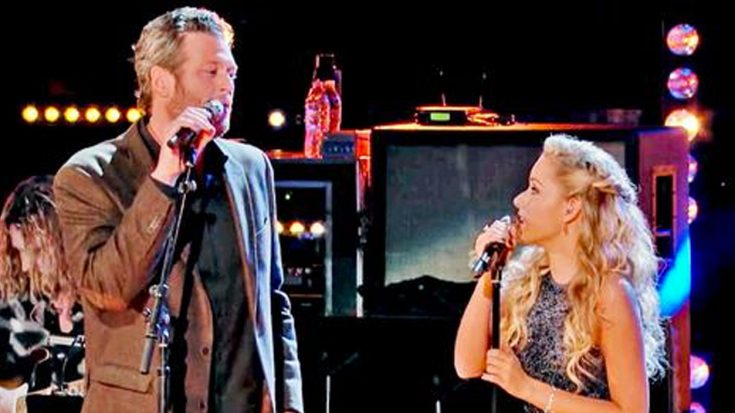 A talented young Voice finalist was joined on stage by coach Blake Shelton for a performance of classic country song “Islands in the Stream.”

Emily Ann Roberts was joined by her coach, Blake, during the finale episode of the ninth season in this tribute to the legendary Kenny Rogers and Dolly Parton.

My partner of many duets — Dolly Parton.

“Islands in the stream that is what we are,” the two sang together in perfect unison. “No on in between, how can we be wrong?”

“Islands in the Stream” was released in 1983 and was the power duo’s second number one hit released together. Dolly and Kenny’s duet destroyed the charts all over the world hitting number one in the U.S., Australia, Austria, and Canada.

Roberts, only 17-years-old when the season aired, has a voice to be reckoned with and the charm to match. Shelton and Roberts definitely put their all into their masterful performance, inevitably going on to help Roberts earn second place on the hit singing competition.

One year ago my blind audition aired and my life changed forever! This past year has been full of so many new things…

Watch their rendition of “Islands In The Stream” below.