John Wayne’s Wig Was Accidentally Knocked Off In Three Movies 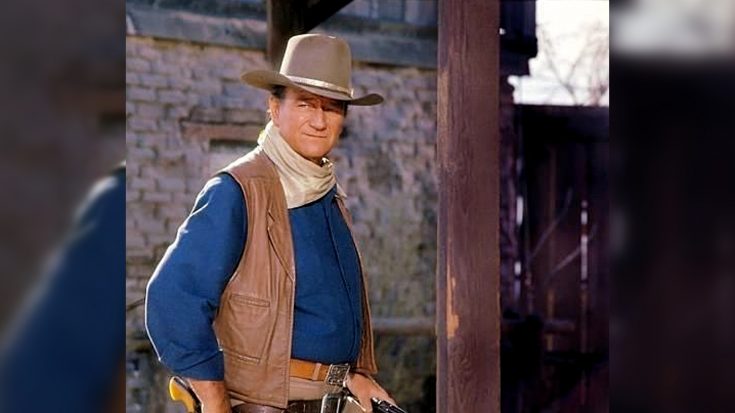 John Wayne started balding in the 1940s, but few fans knew it because he covered his receding hairline with either a cowboy hat or a wig.

Unlike some of his Hollywood counterparts, the Duke never denied wearing a hairpiece. When asked about his“phony” hair by a reporter, Wayne replied, “It’s not phony. It’s real hair. Of course it’s not mine, but it’s real.”

“He treated it as a professional prop, as necessary to his actors craft as makeup and costumes,” according to friends who knew him well.

Over the course of his career, John Wayne appeared in more than 175 films. But, he only intentionally showed his natural hairline in one…the 1959 film The Wings of An Eagle. But, eagle-eyed viewers may notice that Duke accidentally had his hairpiece knocked off in fight scenes in The Fighting Kentuckian (1949), North to Alaska (1960) and The Quiet Man (1952).

While Wayne was careful about his appearance on film, he was much more laid-back about people seeing him without his wig off-screen. Numerous photos and home movies exist of Duke without his hairpiece, proof that he wasn’t a vain man. In fact, he once told a crew member that if he wasn’t in show business he wouldn’t even own “the dang thing.”

Several of John Wayne’s hairpieces brought impressive sums at auction following his death. In 2010, a “brown with a hint of gray” toupee Wayne wore in El Dorado (1967) sold for $1,244.

A custom made dark brown toupee for John Wayne was found in 2013. The MGM label read “1259” and corresponded with the original box that was labeled “1259 Dk. Brown 1850 J. Wayne.”After the MGM hair and wig department closed, the wig was purchased by a buyer who later sold it at auction for $6,250.