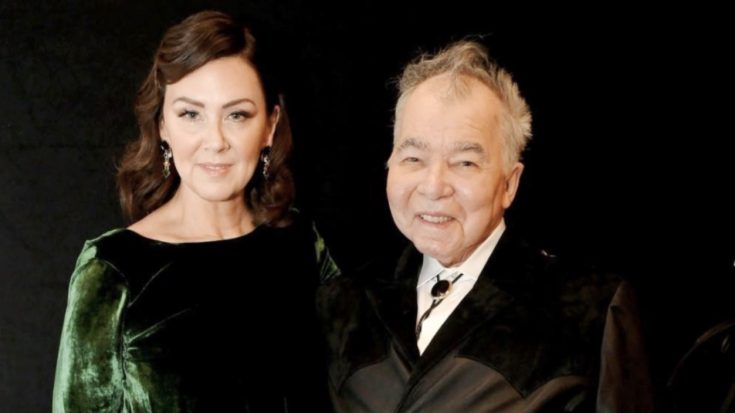 According to her five-minute video on Instagram, which she posted on March 17, John’s test came back “indeterminate,” which means they aren’t entirely sure if he has the virus or not. She tested positive, though.

“I have some of the typical symptoms. I didn’t have a high fever, but I certainly had a cough and some breathlessness,” she said.

Fiona added that she and John are taking all of the necessary precautions, and are being quarantined away from each other and other members of their family. John is 73 years old and has battled cancer twice, making his immune system compromised, so the couple doesn’t want to take any chances.

Update: Thank you everyone for all the well wishes- everything went well with the hip surgery and I just need to rest up a little more before I can get back to doing what I love- playing shows! For those who have purchased tickets to any of the affected shows, the venue will have more specific information. Looking forward to being back on the road at Merle Fest on April 26th. Head to official FB page for more information.

She urged her followers to stay home, practice social distancing, and to pray for each other.

Mrs. Prine did a Q&A on her Instagram stories where she revealed she isn’t sure where or who she contracted the virus from, just that she wants it to stop with her.

One follower asked her how long her incubation period was, to which her response was, “I have daily conversations with the TN Dept of Health (as they do with all who have a positive test for the virus).”

She also revealed the Department of Health established her contagion date and she gave names of people she interacted during that time, and they were all contacted.

We hope Fiona has a speedy recovery and we will pray that John does not contract the virus!