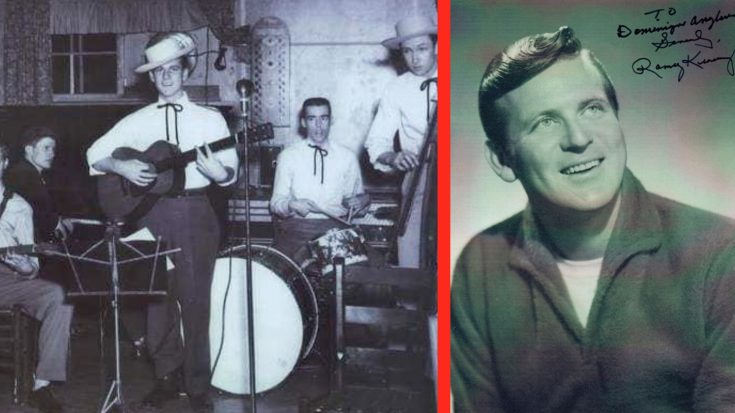 Longtime country singer and songwriter Ramsey Kearney has passed away at the age of 86.

From Paul WilliesMy late wife Carlisa's father, Ramsey Kearney passed away quietly on Saturday at a Hospice in…

According to information from Kearney’s son-in-law, Paul Willies, through a statement shared with Dominique Agnlares, Ramsey Kearney passed away in Nashville at a hospice center on March 14th, 2020.

Among his credits for songwriting, Kearney was also known as a singer and his original composition of Brenda Lee’s hit “Emotions” was cut as a demo with his voice.

Willies writes, “The original version of ‘Emotions’ was a solo composition by Ramsey. In 1957 Kearney recorded a demo of the song with which he approached the Nashville music publishers where Mel Tillis was a staff writer. Tillis would recall: ‘I really liked the song and I told him…’You know, I think that I can get the song recorded by Carl Smith’.’ Carl Smith did indeed record the song with the track serving as B-side to his #2 C&W hit ‘Why, Why’.”

Kearney’s career as a singer was filled with more than 20 singles and charting songs like “King of Oak Street” and “One Time Thing” – both late 80s hits. He would go on to record more than 25 albums including an Eddie Arnold tribute and a holiday album.

Music Row reports that due to the global pandemic of COVID-19, services for him will not be public.

Our thoughts and prayers are with his family during this difficult time.