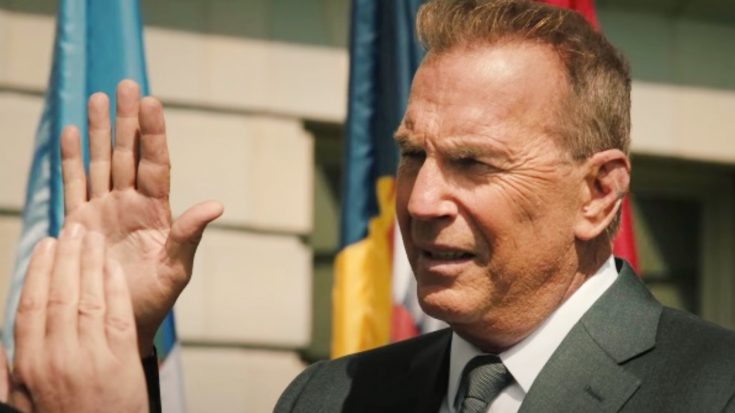 Yellowstone‘s highly anticipated fifth season is kicking off on Sunday, November 13. This season will be larger than any other, with a total of 14 episodes. Those 14 episodes will be split into two halves of seven episodes each.

The show released its first teaser trailer for Season 5 back in August. This teaser didn’t give much away…though it did include the tagline, “All will be revealed.”

The trailer opens with John Dutton (Kevin Costner) being sworn in as the new governor of Montana. In his first move as governor, John ditches the existing staff members and makes Beth (Kelly Reilly) his chief of staff.

But John’s rise to the governorship hasn’t stopped the Duttons’ enemies. In fact, they appear more determined than ever to bring them down. For example, we hear Caroline Warner (Jacki Weaver) saying, “ruin them, starting with her,” in reference to Beth.

We also hear Jamie (Wes Bentley) warning John not to sign a certain declaration. But John does so anyway.

A series of other dramatic scenes play out before we see the tagline, “Power has a price.” We wonder what that price will be?