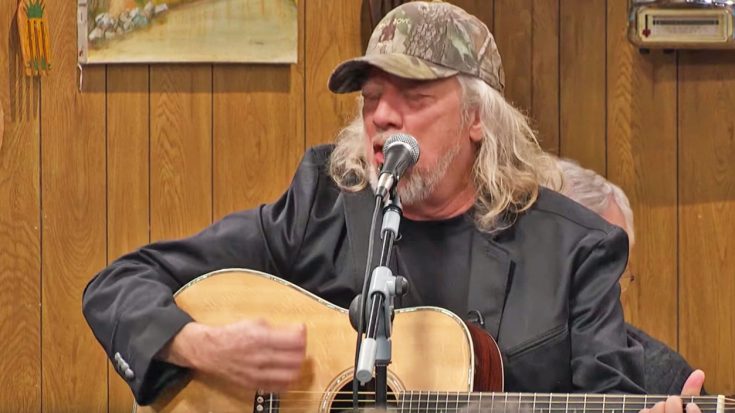 A country legend and Florida native, John Anderson, reminds us of past environmental problems Florida and the everglades have faced through his haunting song, “Seminole Wind.”

The song warns, “Progress came and took its toll/And in the name of flood control/They made their plans and they drained the land/Now the Glades are goin’ dry.”

Story Behind The Song

Written in 1992, Anderson sings of the destruction of the environment he grew up in due to human interference. Anderson released “Seminole Wind” as the fourth single from his album of the same name. It shot up the charts, peaking at number two on the Billboard Hot Country Singles & Tracks chart.

Many artists have covered this song over the years, including Ana Cristina Cash, who just so happens to be Johnny Cash and June Carter Cash’s daughter-in-law.

During an episode of Larry’s Country Diner, Anderson made a special appearance to sing “Seminole Wind” with some help from his friends accompanying him on guitar and lap steel guitar.

Join us for an all new episode of Larry's Country Diner featuring John Anderson. Tune in to RFD-TV for some good times!

Surrounded by a diner full of guests, Anderson wowed them with his hit from over 25 years ago, which seems just as relevant today as it was back then.

Watch him perform “Seminole Wind” in the video below.