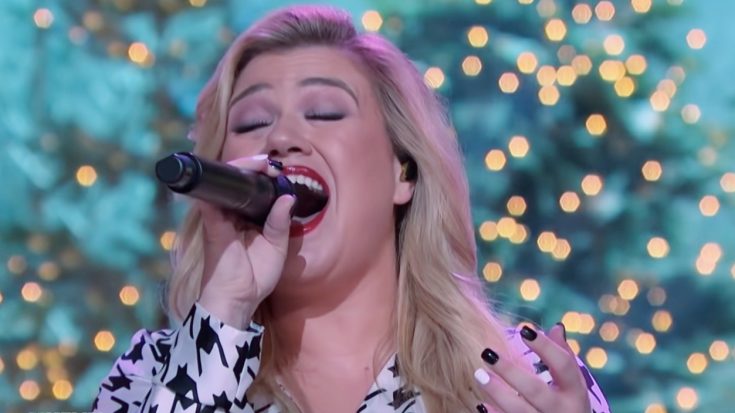 The Kelly Clarkson Show is in full-on Christmas mode and we definitely aren’t complaining!

Since her show’s debut in September 2019, Kelly Clarkson has had a few “Ambush Christmas” episodes where she makes it a Christmas-themed episode in the middle of October.

But when she got closer to the actual holiday, she made every day a Christmas-themed episode and no one has to be ambushed! As many fans know, she kicks off every show with a segment called Kellyoke, where she sings a cover of a popular song. Earlier, she got in the Christmas spirit by performing “Run Run Rudolph.”

To open her Monday (Dec. 16) episode, Clarkson and her two backup singers came out from backstage singing “Jingle Bell Rock.” Her backup singers were dressed as Who girls, reminiscent of women from Whoville, because The Grinch was stopping by the show!

The #Christmas countdown is on and WHO better to get us in the holiday spirit than The Grinch?! ? Don't miss @JulianneHough and @DerekHough plus @CSiriano on the next #KellyClarksonShow! pic.twitter.com/4kRWcPxRcT

“Jingle Bell Rock” was first released in 1957 by country singer Bobby Helms and has been covered by many singers over the years.

Clarkson ended the performance with an unexpected high note that got everyone in the audience cheering. Click play on the video below to see for yourself!