The Granddaughters Elvis Never Got To Meet 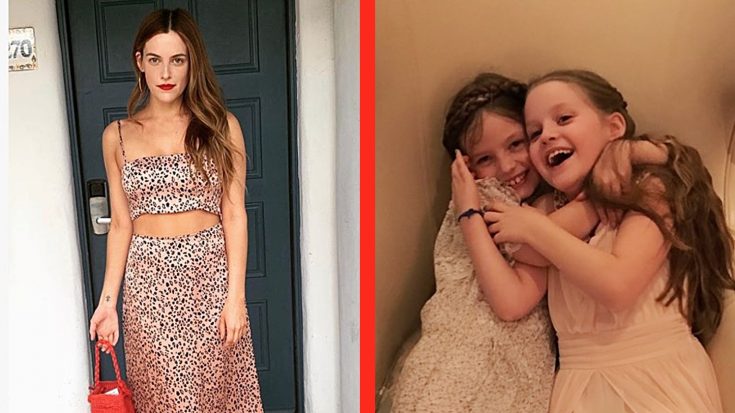 When Elvis and Priscilla tied the knot, they both knew that at some point, they would like to have a family. Soon enough, Priscilla gave birth to their daughter, Lisa Marie Presley – and their dreams had come true.

Eventually, they knew their family was bound to grow – either through having more children or through gaining grandchildren. Sadly, Priscilla and Elvis found themselves growing apart and eventually divorced when Lisa Marie was just five years old.

Less than five years later, Elvis Presley had died from heart complications linked to years of drug and alcohol abuse. Over the next few decades, Priscilla would welcome another child into the world – this time, a boy.

Priscilla with Navarone and Lisa Marie (Mommy) with Me. pic.twitter.com/NGK9Ozgs

At the same time, Priscilla was raising Lisa Marie’s half-brother, a 21-year-old Lisa Marie was raising her first daughter, Riley Keough, who was born in 1989. She would be the first of four grandchildren that Elvis Presley would never get to meet.

Lisa Marie had two children with her first husband, Danny Keough:  Riley Keough and Benjamin Keough. More than a decade later, Presley married her fourth husband Michael Lockwood and together they had a set of twin girls, Harper and Finley.

Sadly, all of these beautiful members of Elvis’ family never got to meet their legendary grandfather…and on the flip side, he never got the chance to meet them.