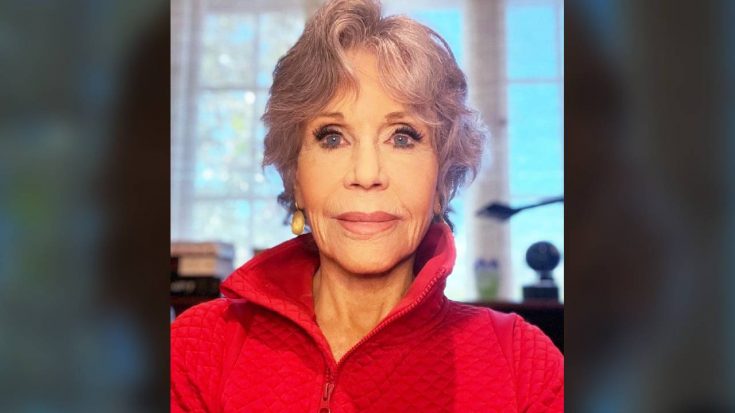 On September 2, actress Jane Fonda revealed she had been diagnosed with cancer…again.

She shared a selfie along with a lengthy caption that began with, “So, my dear friends, I have something personal I want to share. I’ve been diagnosed with non-Hodgkin’s Lymphoma and have started chemo treatments.”

Fonda revealed that she will be undergoing chemotherapy treatments for six months and also said she was aware that not everyone who has her diagnosis, or a similar one, will be able to get the same care she is able to because of her health insurance.

She also wrote that her cancer is fossil-fuel based and that we need to be focusing on causes as much as we focus on treatments. See her full post below.

On September 6th, Fonda released a blog post about her cancer fight and revealed how she is feeling.

She wrote, “Well today, about 3 weeks from my first chemo session, I must tell you that I feel stronger than I have in years. The doctor told me the best antidote to the tiredness that chemotherapy can cause is to move. Walk. And I have been walking. Very early before the record heat kicks in. Also working out.”

She then posted a video of a recent workout.

She admitted, “This is not my first encounter with cancer. I’ve had breast cancers and had a mastectomy and come through very well and I will do so again.”

Fonda also said that her diagnosis has made her more passionate than ever in her climate crisis activism.

“This diagnosis has only made me more determined than ever to continue to end the deadly effects of fossil fuels. While most of us know that fossil fuels are the primary cause of the climate crisis, many may not know that fossil fuel emissions also cause cancer as well as other major health problems like birth defects, childhood leukemia, heart attacks, strokes, lung disease and preterm birth. We must find a way to come together to put an end to this deadly correlation. Too many families have suffered, too many communities have been forgotten, written off as ‘Sacrifice Zones,’ far too much pain has been endured. It does not have to be this way. We have it within our power to change this and I intend to do everything in my power to do so. This cancer will not deter me.”