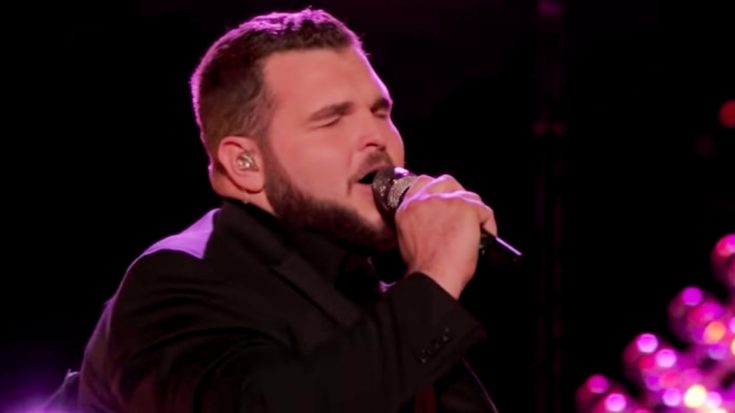 In advanced stages of past Voice seasons, the fans have been given the chance to choose which songs they’d like their favorite contestants to perform. For Season 17, The Voice let viewers pick the songs performed by the Top 11 artists.

Voice fans chose a pure country song for the season’s eventual winner, Jake Hoot. And that song was Trace Adkins’ “Every Light in the House.”

“Every Light in the House” was released in 1996 as Adkins’ second-ever single. It was included on his debut record, Dreamin’ Out Loud.

“Every Light in the House” placed Adkins on the map in the country music world. The next single he released, “No Thinkin’ Thing,” went to #1.

Voice viewers knew what they were doing when they picked “Every Light in the House” for Hoot to sing. The song allowed him to show off his deep voice, which is unmistakably country in sound.

The song is also emotional, so it gave Hoot the opportunity to not just entertain people with his performance, but move them.

Based on the social media responses to his performance, we’d say Hoot touched many viewers who tuned in to watch The Voice that night. One Twitter user named Valarie Phillips remarked that Hoot was “A Natural Born Country Music Singer” and said she was looking forward to seeing him on the CMA Awards some day.

Jake Hoot is THE VOICE!! If he doesn’t win it all, it’ll be a travesty. #VoiceTop11

Jake you are a Natural Born Country Music Singer. I can't wait to see you on the CMA'S. Go Hoot!!! @jakehootmusic

See why Hoot earned so much praise by listening to his performance of “Every Light in the House” in the video below.

Do you think viewers picked a good song for Hoot? Which other songs would you like to hear him sing some day?