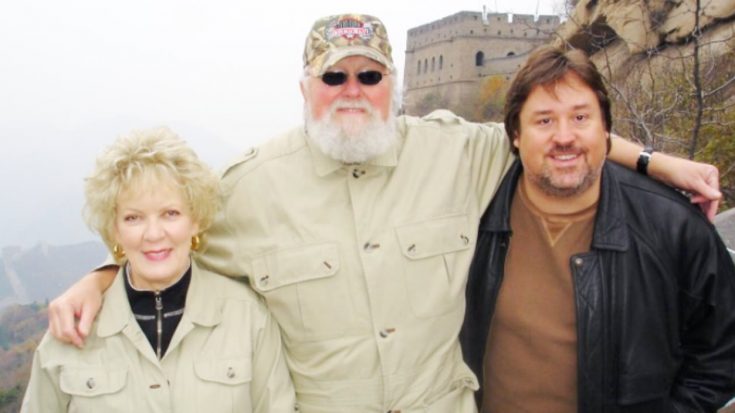 About a year after their wedding, Charlie Daniels and his wife, Hazel, welcomed their first and only child on April 28, 1965. Hazel gave birth to a baby boy, and the couple named him Charlie Jr. after his father.

Hazel and me want to wish the light of our life, our son Charlie Jr a happy, joyful 53rd birthday
We love you a bunch Son
God bless you

In 2019, Charlie wrote an essay for CNS News in celebration of his and Hazel’s 55th wedding anniversary. The essay detailed how his career often kept him away from his family, and how hard that was on him:

“Then, in 1965, when our son Charlie Jr. was born, the time away from home became even harder to contend with for both of us,” Charlie wrote. “I remember being away from home for a sixteen-week stretch when Charlie was an infant. I came home so anxious to see my family and hold my baby son, and when I picked him up, he started crying. He didn’t know who I was.”

Charlie said the early years of his and Hazel’s marriage were tough, since he was fighting to make a name for himself in the music industry and was often away from home.

They also didn’t have much money at first. Despite this, Charlie and Hazel did everything in their power to make sure their son lived a good life:

“But the one thing we were meticulously careful about was that our son would never do without anything he needed, and her first priority was to make sure he was well taken care of,” Charlie wrote in his CNS News essay.

Through the years, Charlie made it obvious his son was his whole world.

Charlie Jr and his freshly washed Mustang getting ready to roll pic.twitter.com/EAZLanXLvG

Hazel and Charlie Jr and me at the Great Wall of China some years ago pic.twitter.com/nu51fv6vuz

When speaking to The Boot in 2011 about his 75th birthday, Charlie said some of his all-time favorite gifts came from Charlie Jr:

The last picture Charlie ever posted of him and Charlie Jr. on social media was for Father’s Day in 2020:

“To all Dads:
Children are a very special blessing from God
Rejoice in your blessings,” Charlie wrote next to the photo.

Every week, Charlie wrote a message on the “Soap Box” section of his website. After he died on July 6, 2020, Charlie Jr. published his own “Soap Box” post to share his love for his father.

“He was the strongest man I’ve ever known,” Charlie Jr. wrote. “The best father, the best boss, the best friend I could ever ask for.”

Tune in below to watch Charlie’s official music video for his song “Little Folks.” It was filmed in 1991, and features a 20-something-year-old Charlie Jr.

On Twitter, Charlie Jr. said filming the video was one of his “favorite memories.”

Charlie adored his son and made sure he gave him the best life possible. Now, Charlie Jr. will continue to keep his father’s legacy alive.