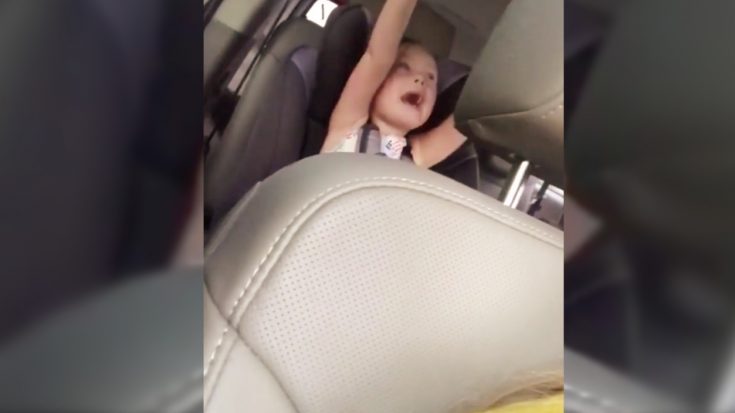 After Joey Feek passed away in March 2016, her husband Rory has been left to raise their daughter Indiana, or “Indy,” all on his own.

Luckily, Rory has had a lot of help from his two oldest daughters, Heidi and Hopie. The two older girls devote a great deal of time to caring for their younger sister. Their love for her is obvious in every picture and video they share of her with them.

For Father’s Day, Rory and all three of his girls filmed a special episode for CBS Sunday Morning. The special contained a mix of performances and interviews with Rory about what it has been like raising all three of his daughters.

One song that Rory performed during that special was Townes Van Zandt’s “If I Needed You,” which Joey + Rory covered for their 2013 album Made to Last.

The music video centered on Indy’s birth, and featured footage from the joyous day they welcomed her into the world.

During his CBS Sunday Morning performance of the song, Rory had the help of Heidi, who sang along with him. Over at the side of the porch, Hopie danced with little Indy, who seemed to be having the time of her life.

But if you think that video is precious, just wait until you see the next one we have to show you.

Even though Joey may be gone, she is a constant presence in her family’s life. They continue to listen to her music and play it for Indy, and she has always seemed to enjoy it.

While riding in the car together, Heidi happened to capture Indy sweetly singing along to one of Joey’s songs that was playing. It’s clear that Indy has heard the song many times, because she knew the words by heart.

As if Indy’s singing wasn’t cute enough on its own, her spontaneous performance was made all the more adorable because of her enthusiastic hand motions. It’s clear that she loves her mama’s music!

Prepare to be a blubbering mess once you watch Indy sing along with Joey in the clip below. It has to be the most precious thing you’ve seen in ages!