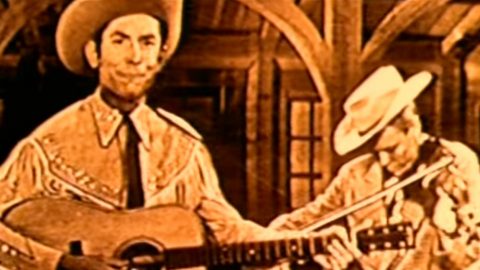 In this stunning performance of “Cold, Cold Heart,” Hank Williams is shown belting out one of his most infamous songs, and it’s absolutely breathtaking.

An American singer, songwriter, and musician, Williams is widely known as one of the most influential singers of the 20th century, and it’s no wonder! In Hank’s lifetime, he recorded 35 singles that placed him in the top of the Billboard Country and Western Best Sellers Chart (11 of those ranking as number ones).

Hank Williams is and was a legend in the country music industry, so this video of his live performance is a rare gem. This particular performance was on The Kate Smith Evening Hour on April 23, 1952 and before he began, he introduced the song by thanking the audience for making it such a success.

“I’ve got a song here that I’d like to do that has been awful kind for me and the boys,” he told everyone. “It’s bought us quite a few beans and biscuits. This is the best song we’ve ever had…financially. A little tune called ‘Cold, Cold Heart’.”

Watch his extremely rare performance of “Cold, Cold Heart” below.

Hank first recorded this song in 1951, and it was released that same year. Shortly after its release, “Cold, Cold Heart” skyrocketed to the number one spot on the country music charts.

Sadly, Williams’ career was cut short when he passed away on January 1, 1953. His final single released was an ironically titled song called “I’ll Never Get Out Of This World Alive,” which shot to number one on the charts after his sudden death two months after its release. Listen to it below.