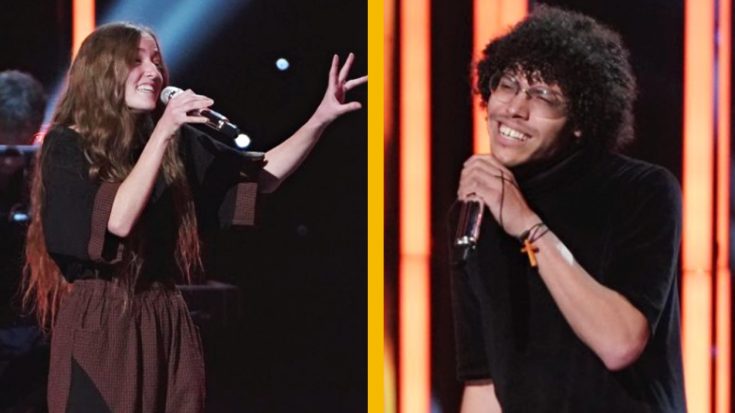 The American Idol judges took a risk when they paired free spirit Lizzy O’Very and reserved Murphy for a duet.

While the two contestants have opposites voices and personalities, Lizzy and Murphy brought out a different side in each other. Murphy even joined Lizzy barefoot on stage for a performance of Fleetwood Mac’s song “Dreams.”

“After my meeting with you yesterday, I knew it was either going to be magical, or it was going to be something where I go…’we failed at the combination,'” Lionel Richie commented on the contestants pairing.

Both contestants remarked that they decided to focus on “having a good time,” and Murphy even ended the song by jumping up and down. After the performance, the judges got together privately to discuss the duet, and Katy Perry pointed out that the pairing was “so weird, it’s wonderful.”

“MURPHY!!! WE DID IT! WE DID IT MURPHY!!! I cannot tell you how blessed I was and am to know Murphy. What an experience this was…!!!”

Fleetwood Mac’s “Dreams” hit number one on the Billboard charts and was the band’s only number one in the United States. The song was released in 1977 and is remembered as one of the band’s most iconic songs.

Watch Lizzy and Murphy’s duet in the following video.