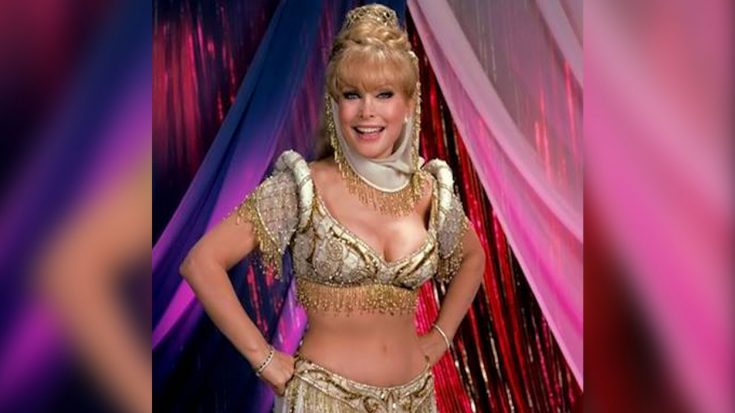 Barbara Eden from I Dream Of Jeannie is one of the most beloved actresses since the 1960s. Her charm and good nature are undeniable both on and offscreen.

In a recent interview with the Hollywood Reporter, Eden revealed that both she and her husband contracted COVID-19 over the past year.

During the interview, Eden explained that she caught COVID after her husband Jon, traveled to Las Vegas to visit his son.

“My husband went to visit his son in Las Vegas. I did not go for that very reason. Jon drove himself up there, spent three nights having dinner with his grandchildren who are young adults. When he came home, he didn’t know that he’d been exposed.”

When the two of them took a COVID test, Eden tested negative, but Jon was positive.

She was extra cautious when taking care of Jon and got tested a second time as a precaution. This time, however, she tested positive and her doctor took every necessary precaution to keep her healthy.

“Right away, my doctor sent us down to get the antibody infusions,” Eden continued. “It was the lightest case of COVID I think anyone’s ever had in the whole world. I was a little uncomfortable and I had a slight headache, but it went away. I was so lucky.”

Eden’s quick battle didn’t slow her down too much and now the actress is focusing on the launch of her first children’s book, Barbara and the Djinn.