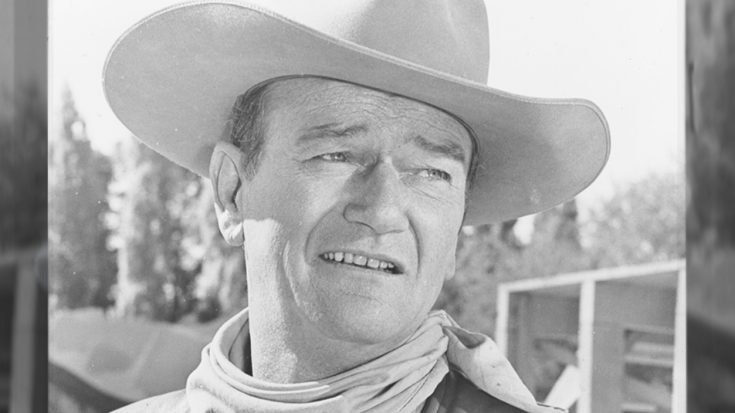 John Wayne had a reputation for having a stern demeanor, and the actor was certainly not lacking any backbone.

Wayne’s rugged personality was not just a characteristic he portrayed in character onscreen. According to Cowboys and Indians, actress Maureen O’Hara once witnessed the silver screen star shut down an angry driver by uttering just one word.

Wayne was visiting O’Hara in St. Croix, Virgin Islands, and during his visit, the two borrowed a truck to tour the town. Wayne was driving relatively slow to take in the scenery, and his pace quickly set off another driver on the road. O’Hara recalled:

“One day [Wayne] was driving a big red truck, which we borrowed for him because he won’t fit in an automobile you know — he has to drive a truck. He was driving down to Christiansted, and he was going slowly because he was looking on both sides of the street and ogling everything he could see. And suddenly there’s a big truck behind him and they blow the horn ‘beep, beep, beep, beep,’ and [tell] him, ‘get out of the way.'”

After repeatedly honking, the vehicle finally pulled up beside Wayne to intimidate him. O’Hara remembered:

“And they pull up beside him and say, ‘Hey,’ and he says, ‘Yah,’ and that was the end of it. They didn’t challenge Duke anymore!”

For more on Wayne, check out the video below.