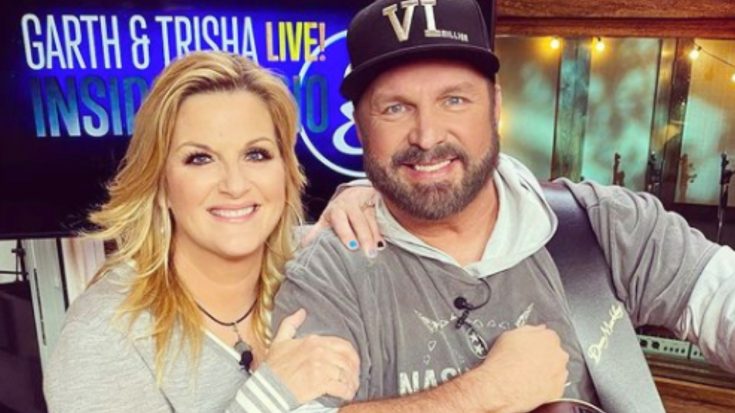 Garth Brooks and Trisha Yearwood have stayed isolated on their Tennessee farm for the majority of the past year, and like most couples, the pair developed a few pet peeves.

In an interview with PopCulture.com, Brooks explained that quarantining with his wife was “the most we’ve ever gone through as a couple.” The country star also stated that the power couple were stronger than ever.

“You’re quarantined, so now you’re really going to find out a lot about the person you’re with, for sure,” Brooks shared. “And me and Miss Yearwood, I don’t know why we do this; maybe because we’re both alphas or both kind of like the leaders of our ship. We decided to use quarantine as a time to face everything, because now you can’t leave. You can’t walk away. And so this is probably, you know, the blessing and the curse, this has probably been the most we’ve ever gone through as a couple. But what’s on the other side is so dang worth the wait, especially when you’re with the right one.”

Brooks also admitted that one of his absent-minded quirks got under his wife’s skin. In a conversation with Extra, Brooks and Yearwood sat down with fellow singer Jana Kramer to further discuss their time in isolation.

“I whistle everywhere I go… and it drives her absolutely nuts and she’s been so sweet to put up with it,” the country star shared.

A little whistling seems like a harmless pastime, but Trisha was quick to set the record straight. The star revealed:

Even if the couple irritated each other at times during quarantine, Brooks still gushed over his wife, claiming “the more you find out about her, the more you love her.”

Watch the couple’s full interview with Jana in the video below.