Here’s Something You Likely Never Realized About Dolly Parton 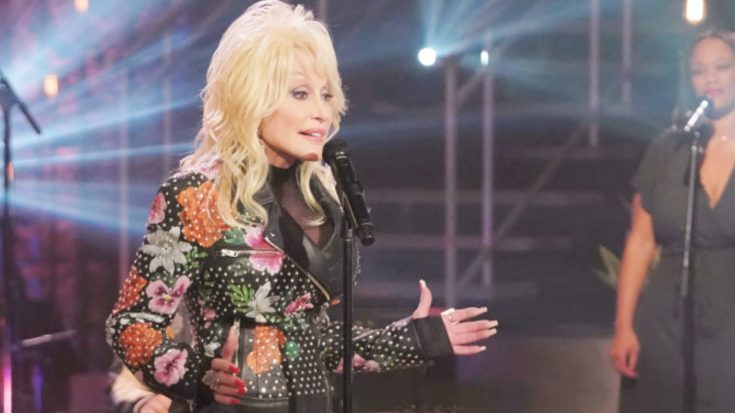 As one of the music industry’s brightest stars, Dolly Parton has immense power…a power to make a difference in the world.

Anyone who knows the bubbly blond country superstar knows that she has always been a champion of charitable causes. Most famously, she is known for establishing the Imagination Library, an organization that promotes childhood literacy by mailing free books to school-age children.

On top of her consistent charitable efforts through the Imagination Library, Parton has also chipped in to provide aide during immediate times of need.

After wildfires tore through Tennessee in late 2016, the area where Parton grew up (and her Dollywood theme park is today) was affected most. Wanting to help her community, Parton established a fund to distribute aide to those affected by the fires.

“Dolly Parton's My People Fund gave more than $8 million to people who lost their homes in the deadly Tennessee fires last year.” https://t.co/2WjYmLXPQJhttps://t.co/Sv32jLczQX

While Parton’s charitable efforts have long been praised by her fans, they’re finally being recognized on the grandest level imaginable. The Recording Academy announced in 2019 that Parton would be honored with its prestigious MusiCares Person of the Year Award.

According to the Academy, the award is issued “to honor a recording artist who has made important contributions to the world of music and demonstrated extraordinary humanitarian and philanthropic efforts.”

Prior to the main 2019 Grammys ceremony, Parton sat down with singer-songwriter and producer Linda Perry, who produced the soundtrack Parton put together for the 2018 Netflix original film, Dumplin‘. They came together to celebrate another major moment for Parton…the opening of an exhibit in the Grammy museum that displays some of her most iconic outfits.

The two of course talked about Parton’s fashion sense, but also talked about her career in general, and revealed some surprising truths in the process.

NewNowNext summarizes some of the key takeaways from Parton and Perry’s chat, including the reveal that Parton had never worked with a female producer before she teamed up with Perry.

But that wasn’t even the most surprising fact about Parton’s career! This next fact isn’t anything she ever felt the need to hide, but is still something you never realized before.

Although she has been enlisted to record many a duet in the past, Parton confessed she had never recorded a duet with another female artist before working on Dumplin‘.

It’s assumed that she isn’t counting her work on the Trio albums with Emmylou Harris and Linda Rondstadt as duets, her time as a Honky Tonk Angel with Loretta Lynn and Tammy Wynette, or any occasion that she’s performed with Alison Krauss (the singer often provides harmony vocals for Parton’s recordings).

Isn’t that wild? Of course, Parton performed many live duets with female singers prior to the release of the Dumplin‘ soundtrack. She has shared the stage with everyone from her goddaughter Miley Cyrus to Carrie Underwood!

In fact, one of Parton’s most memorable duet performances was when she joined Underwood during her 2009 holiday special to sing “I Will Always Love You” together. Relive that gorgeous duet in the video below.

What do you think of Dolly’s big reveal? Did you ever realize before that she had never recorded a duet with another female singer?