Heidi Feek Covers Dean Martin’s ‘My Rifle, My Pony, and Me’ 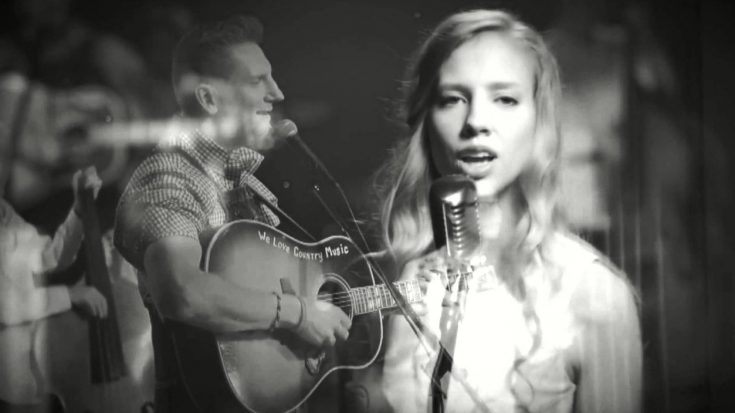 Heidi Feek is quite a talent! But, that shouldn’t come as a surprise considering her parents are ACM Award-winning duo Joey+Rory.

In 2013, Feek released a solo album, The Only, and caused quite a stir in Music City. The young singer has admitted that her R&B Blues edge has taken people by surprise.

“Sometimes, the lady who runs their [Joey+Rory] Facebook will post about my new video and ask people to check it out, which is really nice because they have such a large fan base,” she told Billboard.

“For every 30 people or so that seem to love it, there’ll be one that will say something like ‘She’s just like Miley Cyrus.’ Some people aren’t going to like it.”

Feek admits that her music is heavily influenced by Marty Robbins, Willie Nelson, and Elvis, but she has no intention of singing traditional country.

“When we moved to Nashville, Dad was listening to a lot of Chris Isaak, and he always listened to Elvis. I loved Marty Robbins and Willie Nelson, but Elvis was always the standard.”

Feek has fond childhood memories of Elvis’s Graceland and her frequent road trips with her father.

“We went to Graceland when I was younger. Dad would go back to Dallas and play the clubs, and we’d stay with our family. We’d stop at night in Memphis, sleep in the car at the Shoney’s parking lot – me, Dad, and my younger sister.”

Her father, Rory, chimed in about those special trips to Memphis.

“We’d drive back overnight, and we’d get in Memphis around 1 or 2, and drive over to the Shoney’s, wait until the sun came up. The kids ate for free at Shoney’s, so we’d go in and have breakfast. Then, we’d go in and spend the day at Graceland.”

Rory played a vital role in his daughter’s love of music. “Dad bought me a guitar when I was fifteen,” Heidi recalled. “I started learning how to play, and how to write about the same time.”

In 2013, Heidi was joined by her dad for a cover of Dean Martin’s “My Rifle, My Pony, and Me” from the 1959 film Rio Bravo. Watch their performance below.