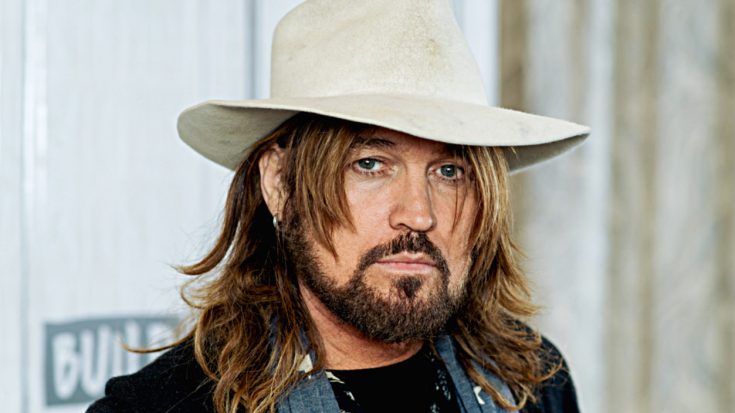 The Cyrus family could use some prayers of comfort right now.

February 28 has been an emotional day for Billy Ray Cyrus for well over a decade. It was on that day in 2006 that his father, Ron Cyrus, passed away at age 70 following a battle with lung cancer.

After Ron’s death, his musical relatives honored him through song. His granddaughter, Miley, wrote a song for him titled “I Miss You,” which was included on her 2007 album Hannah Montana 2: Meet Miley Cyrus.

Billy Ray also wrote a song for Ron, titled, “Hey Daddy.” Billy Ray sang the song to his father the night before he died, and later included it on his 2006 album Wanna Be Your Joe.

Now, the Cyrus family has yet another loss to remember every time February 28th rolls around. As Billy Ray revealed on Facebook on Monday (March 5), his cousin Billy Cyrus Wilson just passed away on that same day.

“#RIP to my cousin Billy Cyrus Wilson who passed 2/28/18,” Billy Ray wrote. He also made sure to note that it was the 12th anniversary of his father’s death.

Billy Ray spoke briefly about the type of man his cousin was, writing, “He was a great man and will be missed deeply.” Based on his words, it seems that his cousin was a beloved member of the family.

#RIP to my cousin Billy Cyrus Wilson who passed 2/28/18. The same day as my dad Ron Cyrus 12 years ago. He was a great man and will be missed deeply.

Our thoughts and prayers are with the Cyrus family as they cope with their heartbreaking loss.