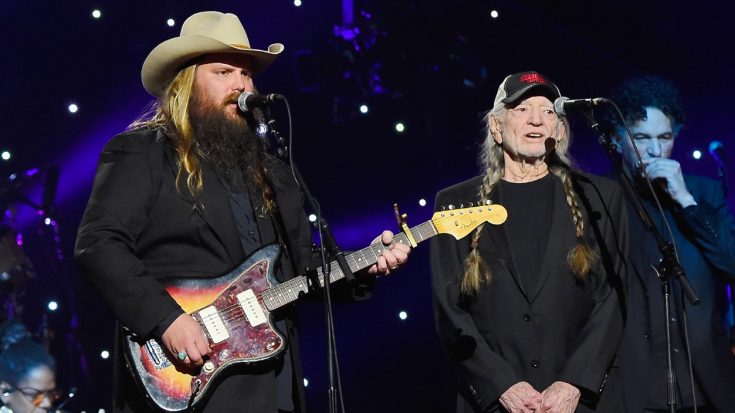 One of the biggest nights in country music of 2019 has already happened and two incredible performers ensured that there was something unforgettable brought onto the stage.

In a one-of-a-kind night at Nashville’s famous Bridgestone Arena, hordes of people flocked to the stands for a night to celebrate the legendary life of Willie Nelson and his historic musical legacy.

Beginning his career as a songwriter, Willie Nelson found himself in Nashville often singing songs in the famous Tootsie’s Orchid Lounge before meeting Hank Cochran – someone who helped get his song “Hello Walls” recorded by Faron Young.

Over the next six decades, Nelson went on to become one of the most-popular musicians in the genre and a pioneer of outlaw country music.

With hits like “Blue Eyes Crying in the Rain,” “Georgia On My Mind,” “All of Me,” and “Always On My Mind” – it was clear from the beginning that he was a legend in the making.

Beyond cutting his own songs and taking them to the top of the charts, Nelson also crafted some major hits for famous artists like Patsy Cline, Faron Young, Roy Orbison, and others.

One hell of a birthday party, @WillieNelson. Thanks for the invitation! ? by @andybarron pic.twitter.com/4bmAHJdC0Z

Now, decades after his journey first began, Nelson was joined by more than 20 fellow musicians in an evening set to honor his legacy through songs and stories.

Willie: Life & Songs Of An American Outlaw took place on Saturday, January 12th, 2019 at Bridgestone Arena and brought forth some incredible performances from folks all over music – including the man of the evening, Willie, himself!

Nelson joined one of the hottest stars in country, Chris Stapleton, and Derek Trucks for an epic three-part performance of his hit song “Always On My Mind” that unleashed chills on every single person within earshot.

Every second of the performance had folks on the edge of their seats and with each harmony resonating throughout the arena, you could feel the electricity pulsating through the crowd!

Watch this unforgettable performance below!