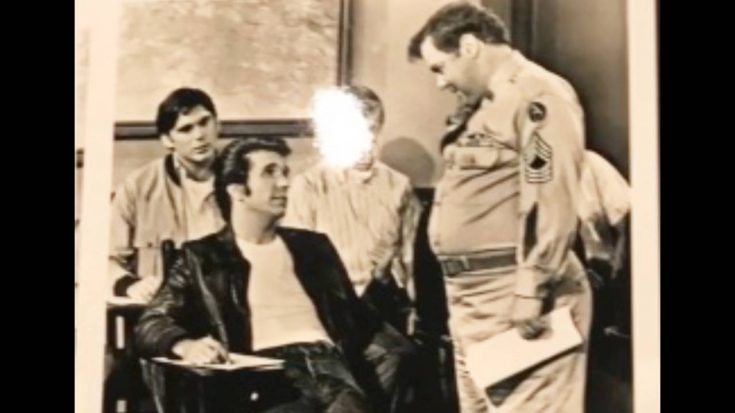 Although he was known as a stage actor, fans will also recognize Warren Berlinger from his time on the hit television show Happy Days, among many other roles.

Berlinger began his decades-long career when he was nine years old in the Broadway production of Annie Get Your Gun. That kicked off an illustrious Broadway career with credits including Blue Denim, Come Blow Your Horn, The Wackiest Ship in the Army, Because They’re Young, Billie, Spinout, and Thunder Alley.

His screen credits include Too Close for Comfort and Happy Days, and more recently, Friends and Grace and Frankie.

Berlinger appeared seven times on Happy Days playing various characters, but his biggest storyline was when he portrayed Sergeant Betchler, a recruiting officer who gets into it with Fonzie, played by Henry Winkler.

On Thursday (Dec. 3), Berlinger’s daughter Elizabeth Berlinger Tarantini confirmed to PEOPLE that her father had passed away at the age of 83 the day before at Henry Mayo Newhall Hospital in Valencia, California.

She told PEOPLE, “His favorite role on stage was J. Pierrepont in How to Succeed in Business Without Really Trying, but I don’t know anyone who succeeded in life more than my dad. Everyone who met him loved him, everyone.”

Winkler tweeted a statement after hearing about Berlinger’s death.

“I saw COME BLOW YOUR HORN and Warren was just wonderful ..then he came and guest starred on HAPPY DAYS ..I am so glad I got to know you …RIP Warren,” he wrote.

I saw COME BLOW YOUR HORN and Warren was just wonderful ..then he came and guest starred on HAPPY DAYS ..I am so glad I got to know you …RIP Warren https://t.co/sxDpfGnv9G

Berlinger, whose cause of death is unknown, and his late wife, actress Betty Lou Keim, had four children, eight grandchildren, and a great-grandson together. Keim passed away in 2010.

Our thoughts are with Berlinger’s family.