Hank Williams Jr. Bluntly Warns He’s Got Plenty Left To Give In “I Ain’t Going Peacefully” 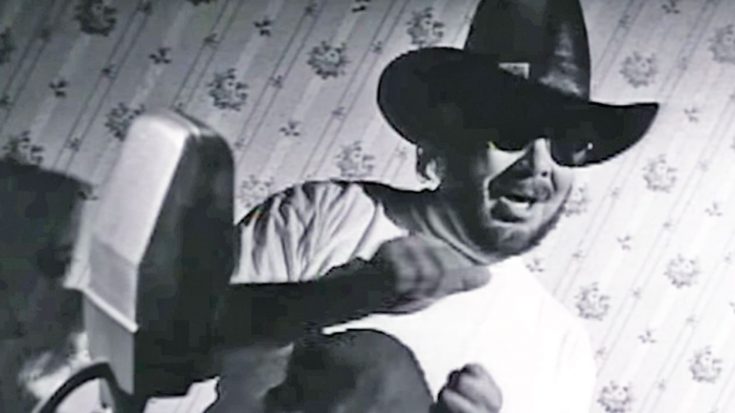 Hank Williams Jr. promised and came through for fans when he said he wasn’t down for the count in the mid-1990s. He did so through a fun, yet honest song called “I Ain’t Going Peacefully.”

The lyrics of the song detail Hank Jr.’s painfully honest appraisal of his self‑described dry spell from making hits.

According to Dennis Hannon of Curb Records, Hank Jr. asked one of the men he references in the tune to join him for the ending of the music video to “make sure the viewers didn’t take Hank literally. He’s obviously very happy for Alan Jackson, Garth Brooks and John Michael’s success. We felt having one of them in the video could deflate any controversy, if you will.”

Plus, it was fun! Jackson and Hank Jr. are good pals and when it came time to ask Jackson, Brooks, Montgomery, or Tritt to be in the video, Jackson was a no brainer!

The country outlaw left it a mystery as to who would be joining him on that pier to fish. Fans didn’t even know the man was Alan Jackson until he sat down next to Hank Jr. 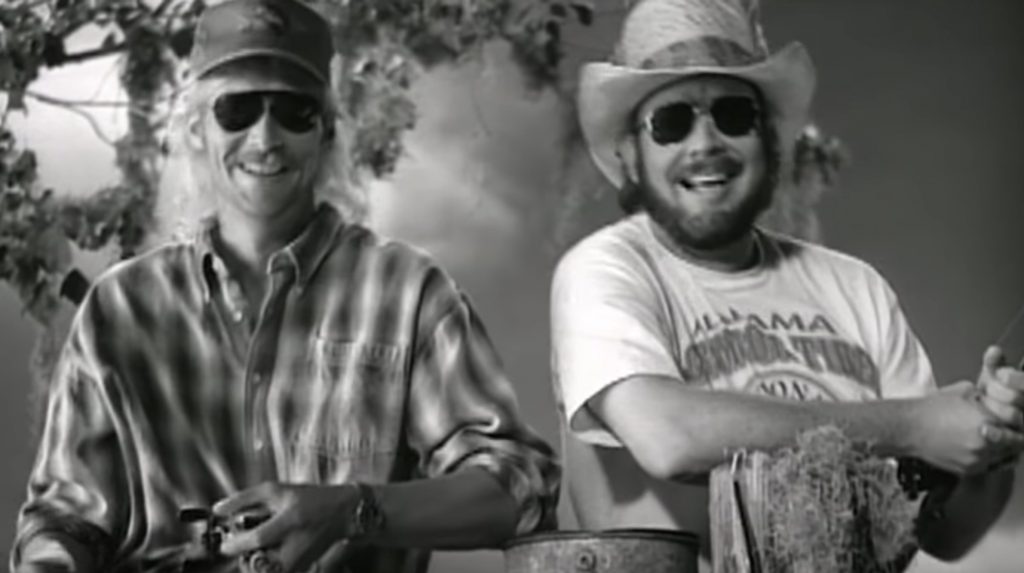 “It was just as natural as fishing with my best friend ‑ because Alan Jackson’s one of them,” Hank Jr. told COUNTRY WEEKLY, of their fishing scene together at the end of the video.

Their dialogue proved that they are very good friends and although this was a lyrically bold song, Hank Jr. truly meant no harm.

“Them golfs is hard to clean,” Alan said.

“Yeah, and they don’t fry good, either,” added Hank Jr.

The song was Hank Jr.’s way of telling his fans that even though he took a break and there are some new country singers holding the top spots on the charts, his name will be up there again soon.

His next several albums peaked in the Top 50 of Billboard’s Top Country Albums chart, with his latest project, 2015’s It’s About Time, debuting at number one on the charts. After a 50 year career, that’s pretty impressive!

Watch Hank Jr.’s bold statement in his music video for “I Ain’t Going Peacefully” below.