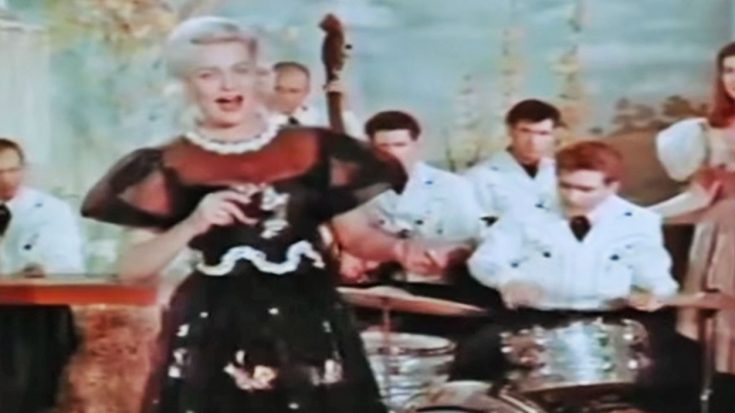 She was once the wife and singing partner to the legendary Hank Williams, but even after their divorce, and his death, Audrey Williams kept his legacy alive by continuing to sing his songs. Before Audrey and Hank were married, she joined his band as an upright bass player and occasional singer. After the two were married in 1944, she served as his manager before he signed with Fred Rose of Acuff-Rose publishing.

She was featured on Hank’s recordings of “Lost on the River,” “I Heard My Mother Praying For Me,” “Dear Brother,” “Jesus Remembered Me,” “Help Me Understand,” and many more.

In the 1965 movie Country Music on Broadway, which was billed as “The First Feature Length All Country Music Motion Picture Ever Filmed” included performances from Hank Snow, Ferlin Husky, George Jones, Porter Wagoner, Hank Williams Jr., and Audrey Williams, to name a few.

Audrey performed one of her ex-husband’s iconic songs “Jambalaya (On The Bayou)” and while making it her own, she kept the true country feel of the song with the signature steel guitar intro and energetic vocals.

Her performance was so well-received that even the band gave her a round of applause along with the audience!

Hank released “Jambalaya (On The Bayou)” in July 1952 and reached the top of the charts, where it stayed for fourteen non-consecutive weeks.