Groom, Who Sounds Similar To Elvis, Sings To His Bride 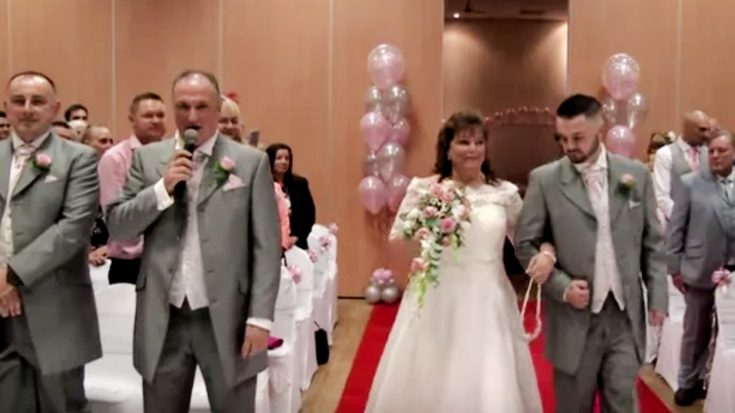 One groom decided to celebrate his special day with an ode to his bride from the one and only King of Rock and Roll: Elvis Presley.

Groom Mark and his bride Jackie are big fans of Elvis’ musical legacy and that’s one reason that they chose his song “I Can’t Help Falling In Love With You” as the song for her entrance.

The other reason is that Mark has a voice that sounds uncannily similar to Elvis – and he loves to sing!

Filmed from the perspective of looking out on the crowd from the altar, the video opens with Mark standing on the left side of the aisle as the bridal party proceeds to walk down and take their places for the ceremony.

With each note, Mark pours all of his love for Jackie into this once-in-a-lifetime performance of an Elvis classic – and if you weren’t watching the video, you might think it was actually Elvis singing!

See this stunning performance from Mark and Jackie’s big day below.