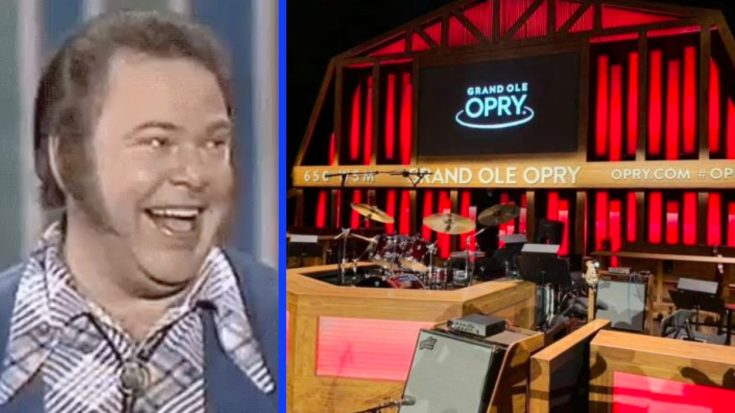 The show that made country music famous is coming back to television.

Back in October, it was announced that the Grand Ole Opry would be making its way back to TV after disappearing from the airwaves in the mid-1980s.

Gray Television will bring the brand new Circle Network to 56 markets across the United States – and this channel promises to deliver movies, news, documentaries, licensed programs, and archival footage all centered around the Opry and the heart of country music.

According to Music Row, Craig Morgan will host a show called Craig’s World – which will let viewers take a deeper look into his life as a musician and family man. Phil Vassar, Elizabeth Cook, Natalie Stovall, and bluegrass duo Dailey & Vincent will also host programs for Circle Network.

“We feel we are a platform that is by the artist and for the fan. We want to be a platform that facilitates that and connects artists with fans,” Circle Media’s General Manager Drew Reifenberger said. “Craig’s story—his military career, professional music career and outdoor pursuits—just immediately lent itself to offering an amazing experience for a fan. The episodes we’ve done and are planning are just good television. He’s a great guy and has the biggest heart in the world, and the world needs more shows like that. It’s a very collaborative process.”

Craig actually teased the project on his Instagram on November 22. He shared a photo of a camera man in his house and just used the caption, “Craig’s World.” At the time, no one knew what it meant, but now we do!

The network will officially launch on January 1, 2020 with 16 new and original shows. In February, a program called Opry Live will debut, which will be a weekly compilation of performances that took place at the Grand Ole Opry that week.

Old favorites like Hee Haw will also be returning! Check out the list of original programs here.

We only have a couple more weeks to wait for the network to debut, but in the meantime watch some of Hee Haw‘s best moments below!