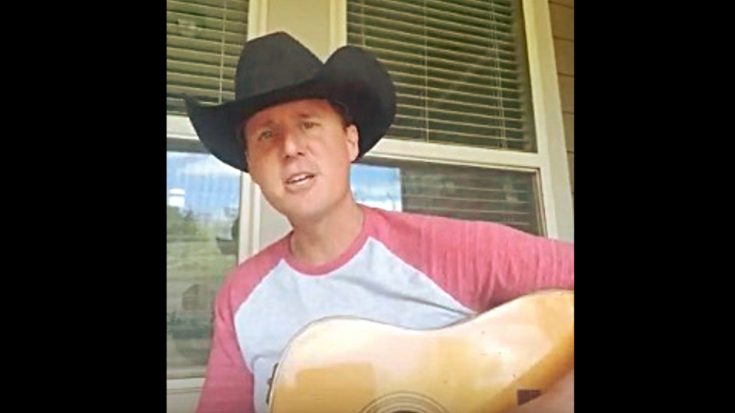 Whitley Shared His Love Through Song

In the short time that he graced this Earth, Keith Whitley managed to leave a lasting impact on country music. For years, his songs such as “When You Say Nothing At All” and “Don’t Close Your Eyes” have been regarded as some of the greatest in country music history.

That distinction won’t fade any time soon, or ever.

Another one of Whitley’s most remarkable works is “Tell Lorrie I Love Her.” The song was included as one of two new tracks on Whitley’s posthumously released 1990 Greatest Hits album, and has quite the romantic story behind it.

Whitley penned “Tell Lorrie I Love Her,” and wrote it in honor of his wife, fellow country singer Lorrie Morgan.

The Challenge Of Channeling Emotion

Even though “Tell Lorrie I Love Her” is a notable and beloved piece in Whitley’s catalogue, it isn’t covered as often as his other songs. Perhaps the reason why is because it’s a real challenge for anyone to channel the same sense of devotion through the song.

But we recently stumbled across one cover of “Tell Lorrie I Love Her” that surely would have made Whitley proud to hear. Performed by Texas singer-songwriter Matt Caldwell, this tribute to Whitley is undoubtedly one of the best out there.

Texan Pours Heart Into Cover Of A Favorite Song

Seated out at the front of his home, Caldwell introduced the song by calling it one of his favorite songs of all time. You can feel his love for the song as he sings, which is what makes his performance so convincing in comparison to most others.

In addition, Caldwell’s performance is enhanced by its extremely personal tone. He performed with no band, no stage, no lights, and no dramatics. He was just a cowboy hat-wearing Texan plucking along on his acoustic guitar and singing his heart out. That approach is the perfect one for “Tell Lorrie I Love Her.”

Go ahead and watch Caldwell’s awe-inspiring cover of “Tell Lorrie I Love Her” in the clip below. But before you do, be warned, you may want to grab a few tissues first. This one will hit you hard…

Be sure to keep up with everything Caldwell’s up to by checking out his Facebook page here!