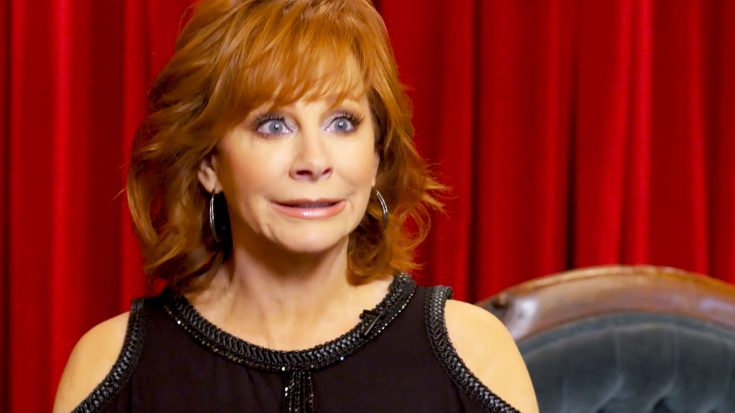 Not too far in the past, this country queen found herself struggling to stall for time while on live television for the ACM Awards. While she attempted to keep the audience from getting too restless, chaos erupted backstage in search of a very important item.

On May 10, 1995, I took home the awards for Top Female Vocalist and Entertainer of the Year at the 30th @ACMawards…one of the highlights of my career! Thanks ACM for all the love and support over the years. #tbt #throwbackthursday #reba #countrymusic pic.twitter.com/K7BI77LZYM

Reba McEntire had already been the host of the Academy of Country Music Awards six times before, but during this unforgettable segment – she experienced a whole new sensation while at her gig.

Taking the stage at the 2004 ACM Awards, Reba began reading the teleprompter with fury as she realized the next performer was not ready – and they couldn’t find his guitar!

😁Happy Saturday🌞
🤠🤠I don't care who you are…these are cute & funny😅😂
2004 ACM pic.twitter.com/A6qfNiGCfN

Reminiscing in this fresh look back on a famous moment, Reba explains what the show’s producer, Dick Clark, had said to her.

“Well, he told me to get out there and stall because they couldn’t find Keith Urban’s guitar,” she began. “So I got out there and I was just absolutely blowing it…”

#FlashbackFriday to two of our favorites at the ACMs in April… Great shot you two @RonnieDunn @reba 😇 pic.twitter.com/qYljtNBygk

Apparently, the stalling wasn’t working and Clark decided to come out and join her on stage.

“I was trying to be a genius and think of something really funny to say…which I did not.”

The clip then cuts to the part where this famous redhead tries her hand at a joke…Luckily for her, they eventually found Keith Urban’s guitar.

Watch the full video below and tell us if you thought Reba’s joke was funny!

We’re officially one month away from the 53rd ACM Awards! Here to hold us over with a joke is the one and only Reba McEntire.