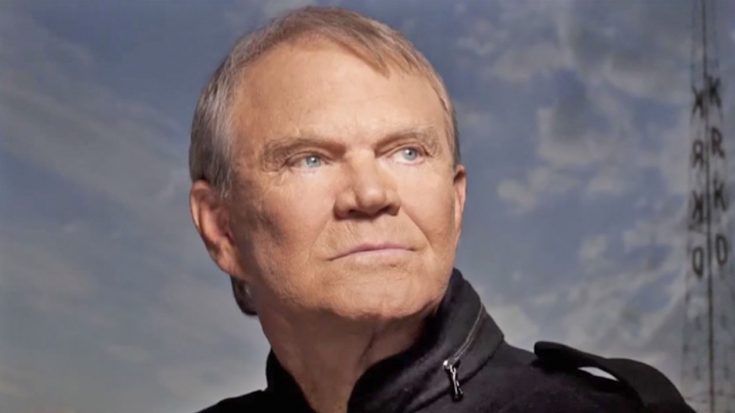 Good Morning America! anchor Robin Roberts and late night talk show comedian Jimmy Kimmel teamed up to host one of the most emotional TV specials of the year. Titled The Year: In Memoriam, they helped us learn a little bit more about some of the legendary entertainers we lost in the year 2017 including Don Rickles, Chuck Berry, Tom Petty, Mary Tyler Moore, David Cassidy, and Glen Campbell.

Their celebrity friends and admirers were on hand to give touching testimonies and tell stories about how each star had influenced their life and careers. To help honor Campbell, who passed away on August 8 following a long battle with Alzheimer’s, ABC invited Dolly Parton, Darius Rucker, Hunter Hayes, Alice Cooper, and Brad Paisley.

Parton, who was a longtime friend of Campbell’s, spoke about the bond they shared of having similar upbringings in poor, large, and musical families, as well as both being hosts of their own variety show. When it came to his singing, Rucker compared it to “a warm Sunday morning,” with Paisley adding, “I love it like red velvet cake.”

“He was the musician’s musician. And was also and entertainer’s entertainer,” Rucker added, speaking of his acting work, especially in True Grit.

Each country star brought up their favorite Campbell song, Hayes saying “Southern Nights,” Rucker choosing “Galveston,” and Parton calling “Rhinestone Cowboy” her favorite. While he was known as an incredible singer, his guitar playing skills were truly out of this world, which is why he is a hero of rock icon Alice Cooper’s.

“All that great songs [sic], they’re as good as it gets, but the guitar playing was something that we all looked at each other and went, ‘The guy’s a player’,” Cooper said, with Paisley calling Campbell “one of the best [guitar players] of all time.”

Cooper said Campbell’s guitar skills were recognized outside of the country music genre, with the legendary Eddie Van Halen even asking Cooper to set him up with Campbell for a guitar lesson.

“We were miles apart in the music world, but we were very good friends,” Cooper said, before explaining how he figured out something was wrong with Campbell’s health. “I saw him slipping. Here’s this guy who’s as sharp as a tack, who’s always funny, always on. He would tell me a joke and then ten minutes later, he would tell me the same joke. The twenty minutes later, he’d tell me the joke again.”

After Campbell was diagnosed with Alzheimer’s in late 2010, he embarked on a “Goodbye Tour” and recorded his final album, Adios, which wasn’t released until  June 2017, two months before his death. Along with going on the tour, he also allowed cameras to follow his journey, which turned into the award-winning documentary, Glen Campbell: I’ll Be Me.

“I think showing your struggle is the true sign of someone who is fearless,” Hayes said of the film.

Even as fans of Campbell’s, we learned a lot more about him through these interviews. Watch the In Memoriam segment below.