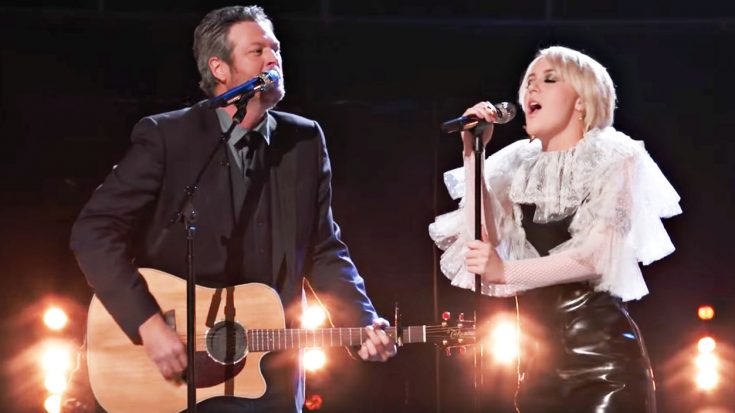 The final shows of 2017’s final Voice season are in full swing, and as such, they are pulling out all the stops for performances that will have you singing along in no time!

Taking to the stage next to his all-star contestant, longstanding coach Blake Shelton doesn’t hold anything back in this incredible throwback to Roy Orbison! Shelton and Chloe Kohanski take deep breaths in and in one fell swoop, exhale this pitch-perfect duet of “You Got It” from Orbison’s 1989 album, Mystery Girl.

A song so many folks know by heart, “You Got It” has become a pop culture phenomenon, used in commercials, movies, soundtracks, and theatrical scores over the decades since its release. The refrain is the best-known portion of the song, “Anything you want, anything you need, you got it, anything at all, you got it.” The song was co-written by Tom Petty, Roy Orbison, and Jeff Lynne.

Watch this dazzling duet of this nearly 30-year-old hit chart-topper and y’all will be in for a treat with Kohanski’s undeniable vocal talent!