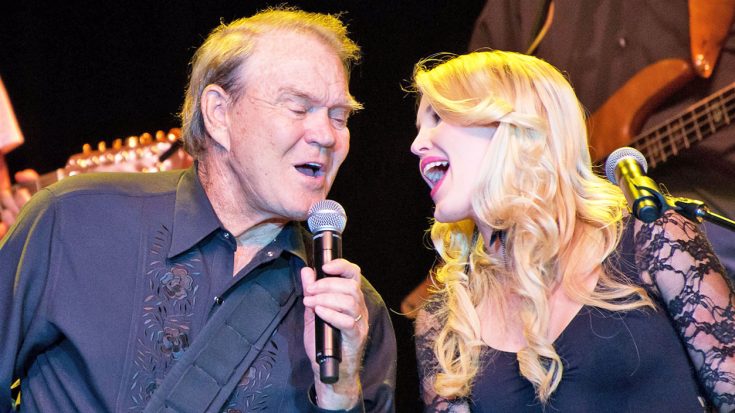 Although Glen Campbell was diagnosed with Alzheimer’s Disease in 2011, he began showing signs of the disease in 2009. His daughter Ashley Campbell explained what that time was like when she sat down for an interview with Express.

“I remember him asking my mother where his golf clubs were and when she said, ‘They’re in the garage’, he replied, ‘What’s a garage?’”

Once Glen was diagnosed, he made the decision to embark on a farewell tour. Parts of that tour were filmed and later presented to the public through the documentary Glen Campbell: I’ll Be Me. Ashley said she considered her father to be a “hero” for going public with his diagnosis, since many others don’t.

“Other famous people diagnosed with Alzheimer’s have disappeared from the public eye after the diagnosis but my dad didn’t want to disappear,” she said.

Glen remained in the public eye for as long as possible, but eventually his family needed to seek professional help in caring for him. He started waking up in the middle of the night and would wander around, which made his family scared that he would fall and hurt himself.

Because of this, Glen’s family placed him in a specialist residential care center called Abe’s Garden, which is located in Nashville. The country icon spent his final days at the care center, where his family members continued to comfort him long after he forgot who they were.

“In the late stages when dad lost his power of speech and ability to focus on anything, the only comfort I could give him was to massage and scratch his back and he’d get a happy look on his face,” Ashley said.

Glen passed away on August 8, 2017. Ashley says that although he wasn’t in any physical pain, he was in “a different kind of pain, of not knowing anything that’s going on in your life.”

While she certainly misses her father, Ashley is relieved that he is finally at peace. As she said, “I’m glad he’s not stuck in that physical state anymore.”

Like her father, Ashley is a singer, songwriter, and instrumentalist. She wrote the song “Remembering” in his honor, and you can watch her sing it in the video below.

We miss you Glen.