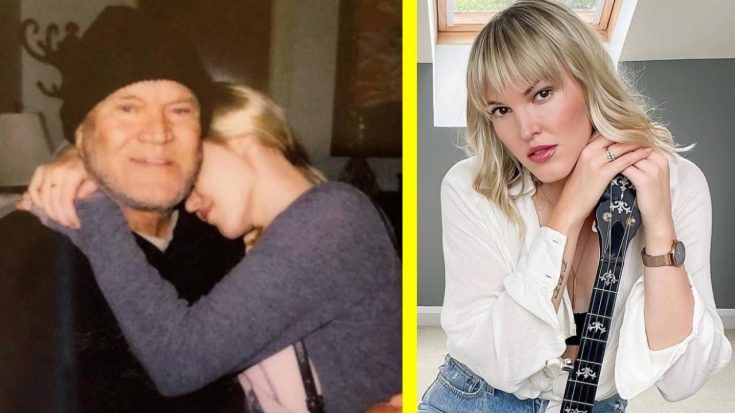 Ashley Campbell has gone through her fair share of loss. In 2017, her father, country legend Glen Campbell, passed away after a battle with Alzheimer’s Disease.

Because she grew up around music, she became a musician herself and toured with her famous father on his farewell tour before his death. As he was battling Alzheimer’s she wrote a beautiful and emotional song called “Remembering.”

On July 23, Ashley took to her Instagram to announce the death of her manager, Joe Cassidy.

“It is with such a heavy heart that I post this picture,” she wrote. “My bold, wonderful, kind, passionate friend and manager Joe Cassidy passed away unexpectedly the week before last.”

Campbell revealed that she refrained from posting on social media about it because “that somehow makes it more real.”

Though the two only began working together a short two years ago, in that time, he instilled in her an “incredible confidence to follow my heart and connected me with so many passionate people who believe in the power of music.”

According to the Belfast Telegraph, Cassidy became ill in early July and “by the time he was admitted to ER, his condition had become critical.” The article reveals he had issues with his heart and “sepsis developed.”

Our thoughts and prayers are with his family and friends.