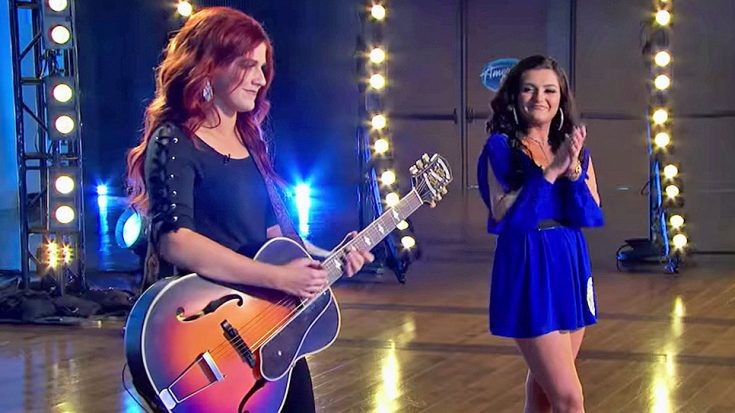 For her American Idol audition, 17-year-old Taryn Coccia asked her older sister, Payton Taylor, to accompany her on the guitar. Although Payton is also a singer, she knew this was Taryn’s dream and would support her in any way possible.

The two, who are originally from New Jersey, moved to Nashville, Tennessee together a few years ago and perform at the airport regularly. Taryn confidently sang “Masterpiece” by Jessie J with her sister strumming alongside next to her.

Almost immediately, Katy Perry whispered to Lionel Richie, “Does the one with the guitar sing? She kind of looks like a rockstar.”

After some back and forth, the judges convinced Payton to perform an audition piece.

“I’ll do John Prine,” she said before diving into a soulful rendition of  Prine‘s 1971 hit “Angel From Montgomery.” After singing just a couple notes, the judges looked impressed by her booming voice.

The judges unanimously voted to put Payton through the next round of competition before deliberating on Taryn’s fate. Katy gave Taryn a no, while Lionel gave her a yes, which meant her advancing to the next round was in the hands of Luke Bryan.

Watch the video below to watch Payton’s incredible John Prine cover and to see if Taryn made it to the next round.