Tim McGraw Posts Photo Of His Recovery After Onstage Collapse 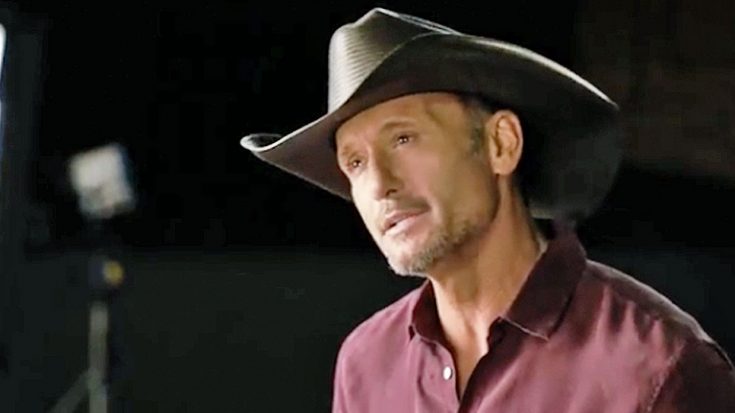 For the past couple weeks, Tim McGraw has stayed out of the spotlight since he collapsed while performing his headlining set at the Country2Country music festival in Dublin, Ireland. After performing his hit song “Humble and Kind,” McGraw collapsed to his knees and was rushed off the stage to receive medical attention.

20 minutes later, Faith Hill, who was co-headlining the festival with him, walked on stage and gave the audience and update on her husband.

“So, Tim is fine,” she told the audience, as they all cheered for McGraw. “We’ve all been a little bit dehydrated, traveling so much, and he’s been super dehydrated, and I apologize, but I made the decision that he cannot come back out on stage.”

Watch her announcement to the fans in the video below.

McGraw was spotted arriving at JFK Airport the next day and joked with reporters that after his fall, he had to cut short his workouts. A little over a week after his collapse, McGraw and Hill both posted photos on a beach vacation, with McGraw poking a little fun at himself.

He shared a photo of himself spearfishing underwater with the caption, “Hydrating!”

Watch Hill and McGraw perform together at Country2Country below.