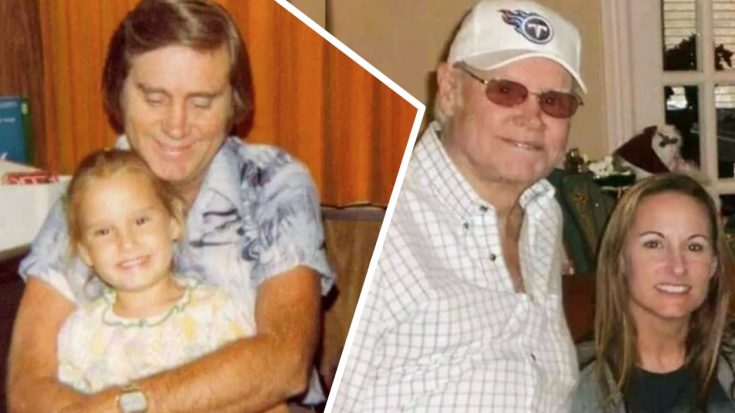 Georgette Jones is a descendant of country music royalty. Her mother was Tammy Wynette and her father was George Jones.

Tammy passed away in 1998 and George passed in 2013. But they left their legacy in good hands with Georgette.

Like her parents, Georgette developed a love for music. She is now a singer as well, and she shares her parents’ songs with new generations of country music fans.

September 12, 2021 would have been George’s 90th birthday. The country music legend was 81 years old when he passed away in 2013, so it’s hard to believe he’s been gone for nine years now.

Georgette took some time to honor her father on what would have been a monumental birthday for him if he was still with us today. She shared a series of photos of the two of them together, some of which stretch back to Georgette’s earliest years.

Alongside the photos, Georgette wrote:

“Today, Daddy would have been 90 years old. I miss and love him so much! I’ve shared these many times before, but these are some of my favorites. Happy Heavenly birthday, Daddy!“

You can see all the photos Georgette shared of her and George below.

It’s clear how much Georgette misses having her father here with her. We sure miss him too…