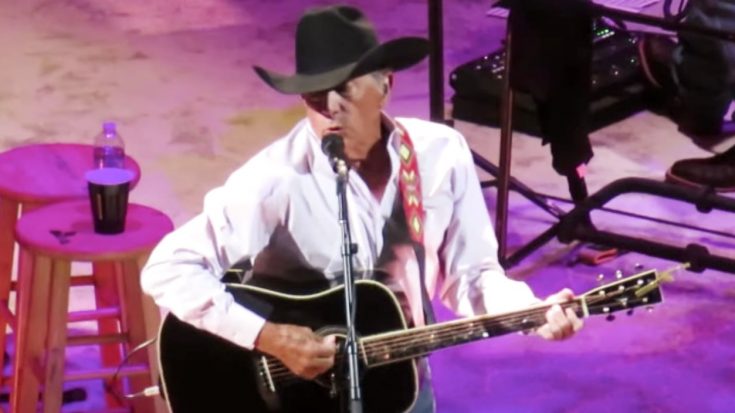 At one point, country legend Waylon Jennings appeared alongside his wife (and fellow country icon) Jessi Colter on Nashville Rebel. He began singing a comical song of his, titled, “Waymore’s Blues.”

Jennings told Colter he wrote the song as a means of joking around with author and songwriter Shel Silverstein. He felt like the song didn’t make sense, and wanted to amuse Silverstein with it.

Colter playfully responded, “Honey that’s not the way you do it. You don’t say that it has a concept after you’ve finished it.”

“Waymore’s Blues” may not have made sense to Jennings, but the song has stood the test of time regardless.

Now that Jennings is gone, it’s up to the artists who followed in his footsteps to keep his legacy and music alive. It’s a task George Strait is more than willing to take on.

During several of his past shows in Las Vegas, Strait has tipped his hat to Jennings by performing his own rendition of “Waymore’s Blues.” Fans love hearing his take on the song, and cheer like wild when his performance of it comes to a conclusion.

One fan filmed Strait’s cover of the song during a show in August 2021 and put the video up on YouTube. That way, those who weren’t able to attend the concert could still enjoy Strait’s performance. Watch the video below.

Strait is a legend himself by now, but that doesn’t keep him from paying his dues to the ones who came before him, like Jennings.