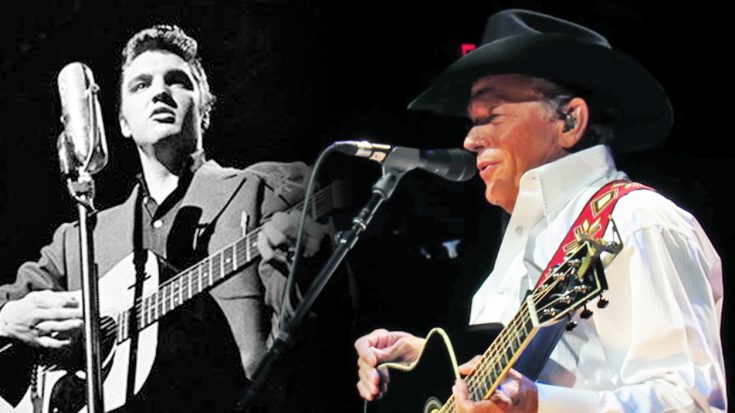 Even though he retired from touring in 2014, George Strait did not retire from performing. The past couple years he has played a few weekends a year in Las Vegas at the T-Mobile Arena. At one of these shows, he thrilled fans with his hits from the past four decades.

One of those hits was “Milk Cow Blues,” which most people will remember as an Elvis Presley song, but it was actually originally written and recorded by Kokomo Arnold in 1934. The song has been covered by countless singers over the years including Jerry Lee Lewis, Glen Campbell, The Nitty Gritty Dirt Band, Eric Clapton, Willie Nelson, Johnny Lee Wills, Presley, and, of course, George Strait.

Strait’s version appeared on his 1991 Chill of an Early Fall, which also featured the number one songs “If I Know Me” and “You Know Me Better Than That,” and a cover of Hank Williams’ “Lovesick Blues.”

Strait delivered a bluesy rendition of “Milk Cow Blues,” and proved, once again, that he just keeps getting better with age. Watch him perform the song at his one of his Vegas shows below.