Young George Strait Sings His Second #1 Hit, “A Fire I Can’t Put Out” 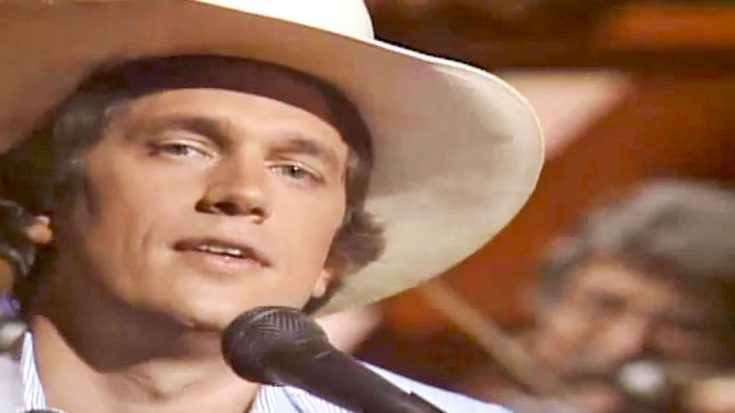 After years of performing, George Strait made his major label debut with the single “Unwound.” Country fans fell in love with him from the start, and sent “Unwound” to the sixth spot on the chart.

The following year Strait earned his first of 61 number one hits with his single “Fool Hearted Memory.” Once he snagged his first number one, hits kept rolling in for the man who would one day come to be called “The King of Country.”

Strait’s second number one of his career made its appearance in 1983. Titled “A Fire I Can’t Put Out,” the song was released as the fourth single off of his album Strait from the Heart.

Written by Darryl Staedtler, the song is told from the perspective of a man who has parted ways with the woman he loves. Although she is gone, the man just can’t bring himself to let go of her memory. While he knows he should find someone new, he can’t contain the “fire” he still feels for his former love.

To promote “A Fire I Can’t Put Out,” Strait made an appearance on the popular country variety show Hee Haw to perform the song. Luckily, footage from that performance has made its way online for all of us to enjoy.

It’s a treat to look back on this early stage of Strait’s career. This throwback performance shows exactly why he went on to earn his status as a country music legend.

You can relive Strait’s 1983 performance of “A Fire I Can’t Put Out” in the video below. He was a star from the start, that’s for sure!