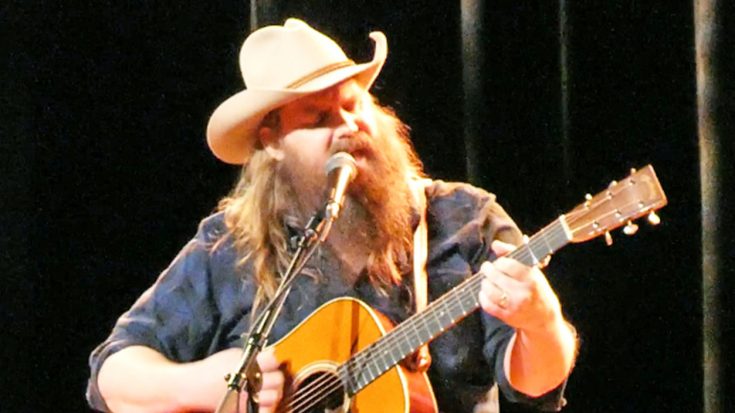 If Chris Stapleton is bringing a song out of the archives, you know it’s going to be a good one. For his performance at 2018’s Country Radio Seminar held annually in Nashville, Stapleton did just that, and once again, blew us away with his incredible talent.

After thanking everyone for being there, the “Broken Halos” singer told a short story about the first song he would be singing.

“I’m gonna play something…I was thinking about a song this morning that when I moved to town, I used to listen to it. Not used to, I still do listen to Darrell Scott and Tim O’Brien, two favorite songwriters of mine. This was a song that was on a record of theirs called ‘Real Time.’ I like to do things here that you’re never gonna get anywhere else. I probably haven’t played this song in about 15-20 years. It’s called ‘Ain’t No Easy Way’,” he said.

After he said the names of songwriters Darrell Scott and Tim O ‘Brien, cheers erupted from the crowd, who obviously knew their work.

O’Brien is an accomplished bluegrass writer and musician. The two collaborated, as Stapleton said in his intro, for the bluegrass album Real Time, which they released in 2000. It featured seven songs written and performed by the duo, including “There Ain’t No Easy Way,” as well as two Hank Williams covers.

This incredible performance comes the same day it was announced that Stapleton had broken a record Garth Brooks set in 1992 by holding the top three spots on the Billboard Top Country Albums chart with From A Room: Volume 2, Traveller, and From A Room: Volume 1. According to Rolling Stone, he is only the third artist to achieve this nearly impossible feat.

The top 3 albums on Billboard's Top Country Albums chart this week all belong to Chris Stapleton. That hasn't happened since Garth in 1992. https://t.co/wYoYGcEk3r pic.twitter.com/VkFtj8ngJd

Watch Stapleton perform “There Ain’t No Easy Way” below.