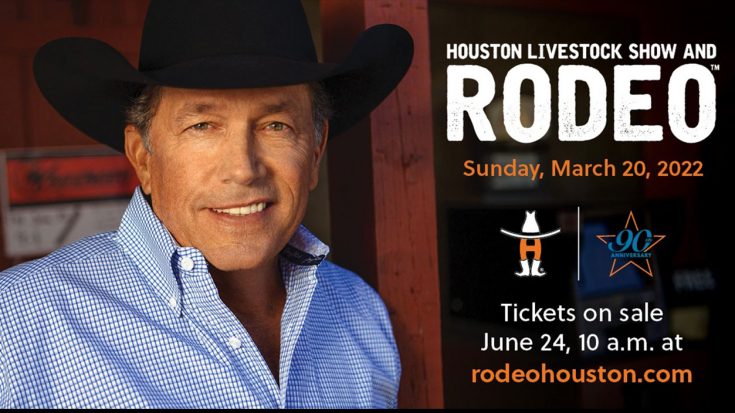 Back in May of 2021, Houston Livestock Show and Rodeo officials announced their 90th-anniversary celebration. The grand finale of the celebration features country music icon George Strait who has been selected to perform a concert on the final night of the event, marking his 31st performance for the rodeo.

Individual tickets for his performance were made available directly on the Rodeo Houston’s website. A limit of four tickets per person was set for concertgoers.

Strait’s full-length concert will be held in NRG Stadium on the final night of the 2022 Rodeo at 7 pm. Ashley McBryde is slated as the opening act for the show.

Rodeo Houston told fans via Facebook that with so many people attempting to buy tickets, people waiting to purchase were selected at random.

“Standard tickets for this performance are no longer available after we saw an enthusiastic response. Fans who were in the Online Waiting Room at 10 a.m. were selected at random for the opportunity to buy tickets.”

On the night of the concert, there will be no rodeo performances before the concert, however, all activities on the grounds, including shopping and dining areas, carnival, livestock and horse show competitions, and other exhibits and attractions will be open that day.