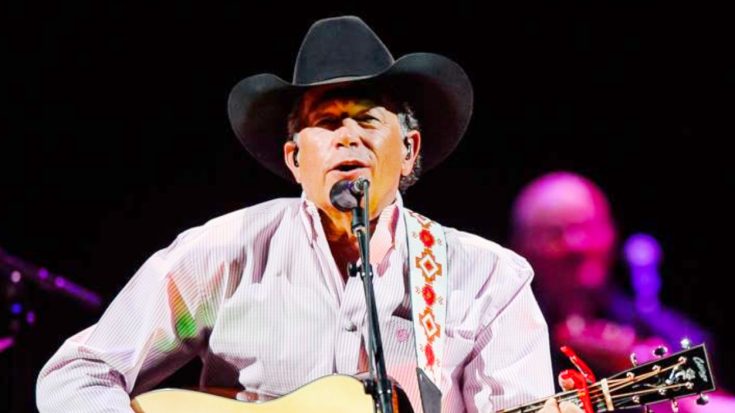 The King is back, y’all – and he is not slowing down.

Back in December 2018, George Strait released his first new song in three years. Titled “Código,” it is an ode to the woman he loves and his drink of choice, tequila. Strait just so happens to be an investor in a brand of tequila called – you guessed it – Código.

Not only did he unveil “Código,” he also premiered two other songs, plus announced his upcoming album, Honky Tonk Time Machine, during his Vegas shows in December. The three new songs he performed are coincidentally the first three singles off the album, which is set for a March 29 release date.

The album includes 12 brand-new, original songs plus a cover of Johnny Paycheck‘s “Old Violin.” One of the 12 new tracks is a duet with the legendary Willie Nelson titled “Sing One with Willie,” which they performed together on January 12, 2019 at the all-star tribute to Nelson in Nashville. To preorder the album, click here.

His third release, a twangy, upbeat track titled “Every Little Honky Tonk Bar,” dropped to country radio on February 12 and was his first single since 2016. Once you start listening to the single, it will be hard to stop dancing to the music, let alone wipe the smile off your face!

Co-written by Strait, his son Bubba, and his longtime collaborator Dean Dillon, “Every Little Honky Tonk Bar” transports us back to a time when honky tonk songs like “Chasin’ That Neon Rainbow” were ruling the charts.

Grab your two-steppin’ partner and press play on the video below, or click here to listen to “Every Little Honky Tonk Bar”  on streaming platforms. Let us know what you think of The King’s newest single!