George Strait Bids Farewell With Performance Of “The Cowboy Rides Away” 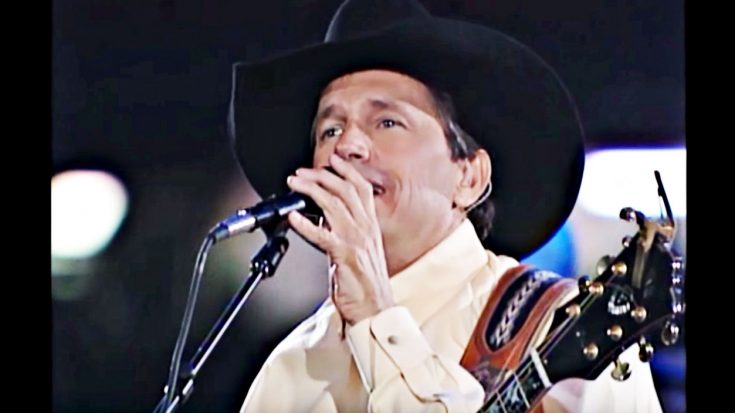 George Strait has rightfully earned his title as the “King of Country” after an incredibly successful career chockfull of numerous awards and recognitions. While the singer snagged his big break back in the 80s, Strait has continued to treat his fans with riveting music and unforgettable events.

"Some kings have crowns, only one has a cowboy hat." ??????HAPPY 63rd BIRTHDAY GEORGE STRAIT! pic.twitter.com/niDR4z9Ecy

As the cowboy ultimately chose to wrap up his life of touring, he loosely, and appropriately named his final hoorah after one of his more popular songs, “The Cowboy Rides Away.”

Strait often performed the hit, leaving one recorded moment to resonate with fans who have followed the singer throughout his entire star-studded career.

#TBT to 1987 when @GeorgeStrait played @RODEOHOUSTON in the #Astrodome! Less than 1 month till #RODEOHOUSTON kicks off! pic.twitter.com/ydNLU6tTrN

The footage showcases Strait singing for a very eager and elated crowd, carrying his velvety vocals throughout the packed venue. Singing the ballad, he delivers an incredibly emotional performance while breaking the hearts of fans who now know that his touring career has come to an end.

As Strait wraps it up, he walks to the front of the stage and thanks his fans amongst the song’s instrumentals. He makes his way out of sight and leaves behind his adoring fans longing for more of his musical talent and empowering presence.

Check out the performance below.