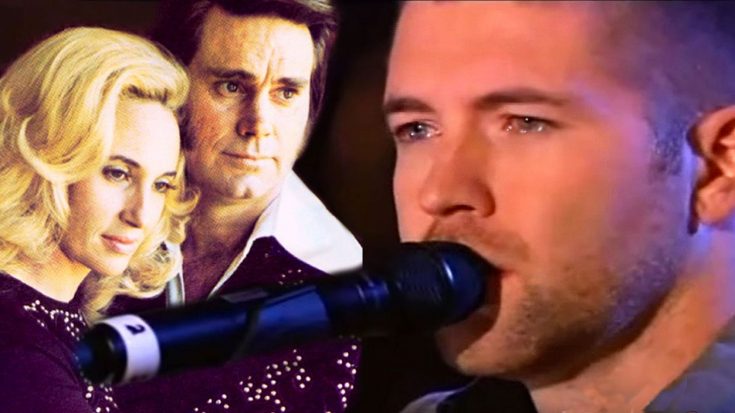 Country music singer Josh Turner has been blessed with a deeply sensational voice and striking ability to musically convey even the deepest of emotions. Since growing to substantial fame in the early 2000s with his revolutionary hit “Long Black Train,” Turner has continued onto a path of greatness with his incredible vocal abilities.

While Turner is a modern country singer, he often pays homage to the legendary singers that came before him. In this instance, he chose to take on one of the most beautiful and emotionally crippling country songs recorded, paying his respects to country music legend George Jones.

Singing the iconic ballad “He Stopped Loving Her Today,” Turner captivated his audience and took them on a journey of endless love and unbearable heartbreak.

Fans remained silent as Turner’s voice boomed throughout the venue with profound emotion and pain for the beloved man who held his lifelong wish to love his woman until the day he died. As the song nears its devastating end, the singer’s voice belts the final chorus as the audience meets him with an uproar of applause.

This isn’t the first time Turner has honored the great classic country singers who came before him. He often performs Randy Travis songs, and on occasion – with Randy.

Listen to Turner’s heartbreaking cover below and let us know if you think he did it justice.