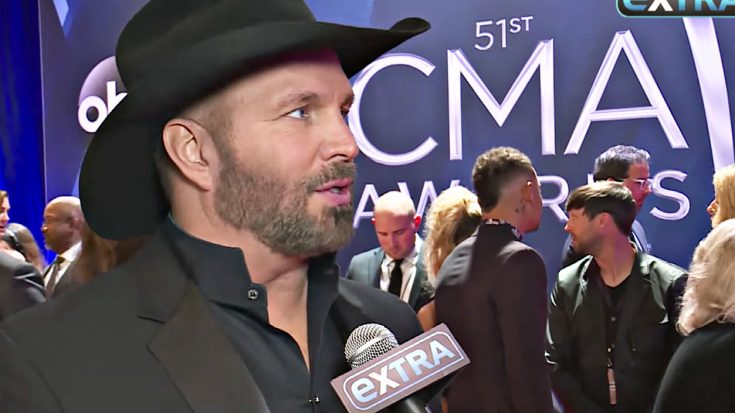 In a shocking and unexpected twist, fans discovered that the longtime singer actually told reporters he might be lip-syncing his 2017 CMA Awards performance before he even set foot on stage.

The massive swirling controversy over Garth Brooks‘ choice to lip-sync instead of performing live during the 2017 CMA Awards has been taking the media by storm – with folks on both sides of the argument sharing their opinion on what was the right choice.

It wasn’t until after he took the stage to perform his recent single “Ask Me How I Know,” that people across social media began to suspect he lip-synced the entire song, pointing to a specific part of the performance where fans heard him singing, but his mouth wasn’t near the microphone.

After winning Entertainer of the Year, Brooks opened up to the press about his choice to lip-sync rather than sing live – but in a shocking turn of events, it was discovered that he had told reporters before the CMAs that he was contemplating lip-syncing.

“We’re in the middle of 12 shows in a ten-day run – right in the middle of it,” he told Extra TV on the CMA red carpet. “Came here from the West coast…we go back tomorrow night, we start again. So the voice is gone…so it’s gonna be a show-time decision whether we either go to track or do it live. I don’t think [my voice] is here, but we’ll see. I’m gonna enjoy the night either way!”

Although many fans were disappointed with Brooks’ decision to “go to track” and lip-sync the performance, it appears that he was trying to be as upfront as possible about his ability to give a truly good show that night. In the video of his interview with Extra TV, you can hear that his voice sounds weaker and almost gravelly – which could definitely be a contributing factor given how many times he had performed 90-minute shows in the last several days.

Watch the full red-carpet interview below along with a clip of Brooks and wife Trisha Yearwood talking with Extra TV after the CMA Awards.