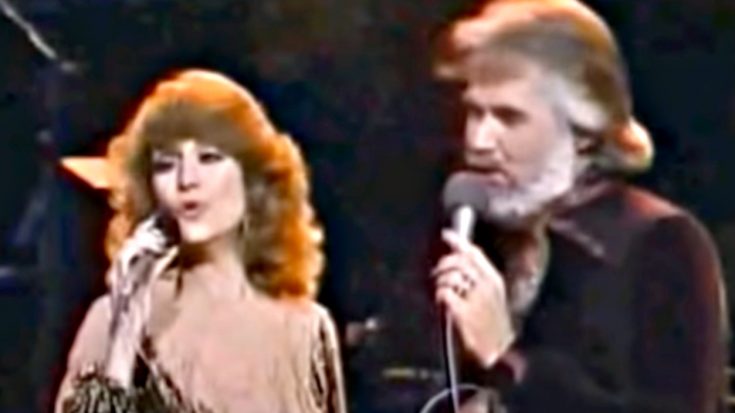 Dottie West and Kenny Rogers were not only good friends but also duet partners on a song that heightened West’s career. Together, the two performed the ballad “Every Time Two Fools Collide,” sending this beautifully written and performed song through the charts and making it to number one on the country Billboard chart.

To the surprise of many, the hit song was initially intended for strictly West. She had fully expected to record the song alone, but the two talents ended up joining forces and the deed was done, sending West’s career through the roof! In March 2018, it was announced that West would be in the 2018 class of Country Music Hall of Fame inductees.

West was tragically killed due to injuries she sustained in a car accident. She struggled with various financial issues and had essentially lost a great bulk of her fortune. Her longtime friend Rogers had gifted her with a car and it, unfortunately, stalled on the day of her highly anticipated Opry performance.

West’s 81-year-old neighbor noticed the singer in distress and offered her a ride. Seeing as she was running late, she urged the driver to move at a speed higher than recommended, ultimately assisting in the loss of control of the vehicle and its airborne crash. West initially believed she was without injury, seeing as she had no visible harm. However, she suffered from a ruptured spleen and lacerated liver. A few days later, her spleen was removed and had to undergo two more surgeries to try to stop her liver from bleeding.

Legend has it, she knew of her condition and even visited with her good friend Kenny Rogers shortly before her third and final operation, which would ultimately take her life.

This performance has not only served as an incredible duet but also as a reminder of a trailblazing singer with a phenomenal voice.