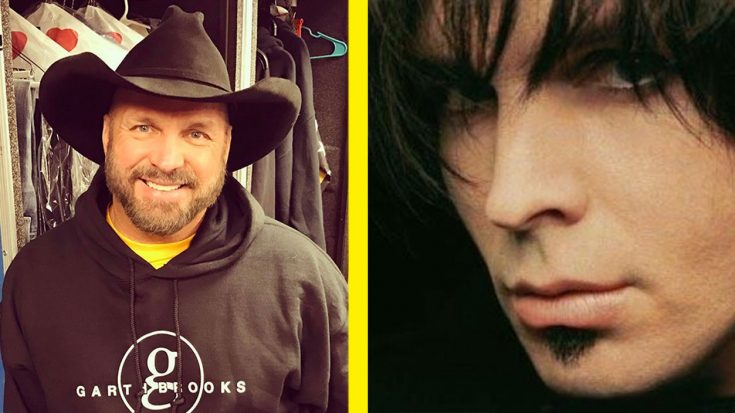 Back in 1999, Garth Brooks introduced Chris Gaines – a one-off fictional rock persona created as an alter ego for Garth Brooks to explore musical styles far removed from his success as a country singer. The elaborately conceived rockstar only spent one year being active and released an album that produced two charting Billboard singles, including the Top 5 pop hit “Lost in You.”

Brooks and his production company Red Strokes Entertainment, with Paramount Pictures, were developing a movie called The Lamb which revolved around a fictional rock singer and his emotionally conflicted life as a musician in the public eye. In an attempt to create a buzz for the project, Brooks took on the identity of Gaines in the October 1999 album Garth Brooks in…The Life of Chris Gaines, which was intended as a pre-soundtrack to the film. Despite the time spent developing the Gaines character, The Lamb was never filmed due to financial and management problems and it seemed as though Chris Gaines retired.

However, in a new Billboard interview, Brooks was asked about reissuing the Garth Brooks in…The Life of Chris Gaines album, which is chock-full of great pop songs. Brooks replied,

“Trust me, it’s got a whole life of its own and it’s all coming. It won’t be anything predictable, I can guarantee you, because that’s kind of what that character’s thought process was.”

When asked directly if the world is going to see more of Chris Gaines, Brooks answered,

“If you know the greatest hits, they had to come from somewhere, if that tells you what’s coming.”

To hear Garth talk more about Chris Gaines, watch the video below.